Is unification the key that will pave the way towards online gaming regulation in India? Games24x7 founder and CEO Bhavin Pandya thinks so.

NEW DELHI — India is well on its way towards becoming a mobile-first market, with the country seeing explosive growth in development and adoption in the past years alone, resulting in the wide availability of different online games that involve not just a skill-set but also the element of chance.

As can be expected, giving players access, to say play roulette online, has led to increased government scrutiny; many state governments have rolled out statewide bans on online gaming, although the sector operates in still largely a grey area.

Pandya, whose Games24x7 multi-game platform operates games including RummyCircle and My11Circle, agrees that online gaming is still a nascent industry in the country, and it brings with it a lot of questions. And the lack of regulation, particularly for real money gaming, is setting the online gambling industry back—which is why they are pushing for a central regulatory body that will oversee online gaming business activities.

In an interview with BusinessToday.In, Pandya said, “Gaming as a form of entertainment is a legitimate business activity but because it’s so nascent, there are a lot of questions. However, one of the things that need to happen is for the industry to unify. We need to have a central regulatory body or an association of which all gaming companies need to be a part and then together that body goes to the government to try and identify the kind of things that we need to do to regulate this space because that gives the industry a whole more legitimacy.”

ALSO READ
Important rules you should know to play Rummikub

Casual gaming with a real money gaming component is considered to be one of the fastest-growing segments in India. These games range from online casino games to familiar card games and even fantasy games, which already has an estimated user base of 100 million in the country alone, according to All India Gaming Federation (AIGF) CEO Roland Landers.

History has shown that blanket bans don’t work, not in established markets around the world, and especially not in the relatively young online gaming market of India. High Courts have long upheld that playing skill-based games is judicially protected and cannot be viewed as gambling or gaming activities. That said, the question remains: what is the best approach that is viable for all stakeholders while also ensuring that players are protected?

That is still up in the air, but what the government can do is take a look at how established gaming markets have been doing and learn from their achievements and mistakes. Take Sweden, for example. As explained by analysts at media company ENV Media, the European country saw a growth in unlicensed casino operations after its gaming authority imposed too many limits on licensed operations.

Meanwhile, jurisdictions including Malta, Curacao, Alderney, Isle of Man, Panama, Antigua and Barbuda, Kahnawake, and Gibraltar offer offshore licenses that allow operators and suppliers to deliver their gambling products to anywhere in the world where local laws do not expressly forbid players to access the gaming platforms.

One of the important elements of regulated gambling licenses is that its license holders must abide by all relevant local rules and pay the local taxes, even if they’re not incorporated in the jurisdiction. These licenses put emphasis on consumer protection, with details tailored to territorial and cultural specifics.

In India’s case, authorities must take these key aspects into consideration when it finally develops a central regulatory framework for the industry: operators should be mandated to pay state taxes and abide by local laws; operators must be able to self-regulate, in addition to adhering to government regulations; safety nets must be included, especially with the rise of digital tools; allowing companies to practice responsible marketing by putting honest advertising as one of the prerequisites of an operating license; and ensuring the minors are protected via restrictions and awareness programs.

“With technological evolution in mind, gambling standards need to allow for a certain flexibility and regulatory upgrades. However, initiating reform to adopt a Central policy will allow for timely capacity-building in national and state authorities in terms of knowledge, assets, technology, trans-border, and inter-industry cooperation,” the ENV Media report concluded. 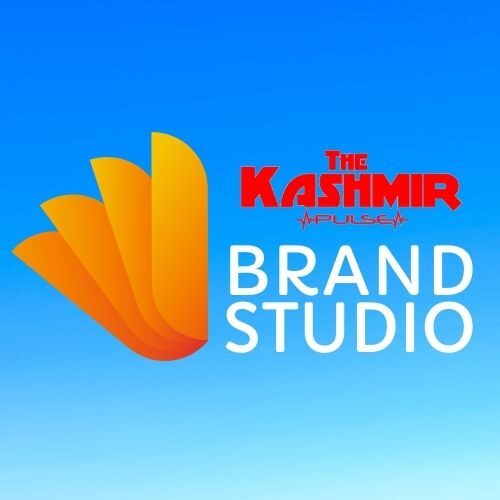 Brand Studiohttps://kashmirpulse.com
Our Brand Studio's storytellers have backgrounds in journalism, design, marketing, and strategic communication. And nothing excites them more than a new challenge!

A land of around 1 kanal recorded in the possession of SMC (State land) in Estate Rampora in Tehsil Shalteng in summer capital Srinagar was sealed.

A woman on Saturday jumped into the river Jhelum near Amira Kadal Bridge in summer capital Srinagar while as a search and rescue operation has been launched.
- Advertisement -

The national spokesperson of the Indian National Congress, Supriya Shrinate said that the enthusiasm of people at Lal Chowk defeated the idealogy of hatred.

Important rules you should know to play Rummikub

Rummikub is a tile-based game that involves features of both Rummy and Mahjong. Players who enjoy games to match certain things will love this game.
Tutorials

As a Rummy player, you must be well-versed in the rules and techniques of the game. Unlike other card games, joker cards play quite a significant role in Rummy.
Business & Economy

The Indian Gaming Industry is rapidly growing and now even more with more participation from females.
India

How popular is online gaming in India?

In this blog post, we will take a closer look at the popularity of online gaming in India and explore some of the reasons why it is so popular!