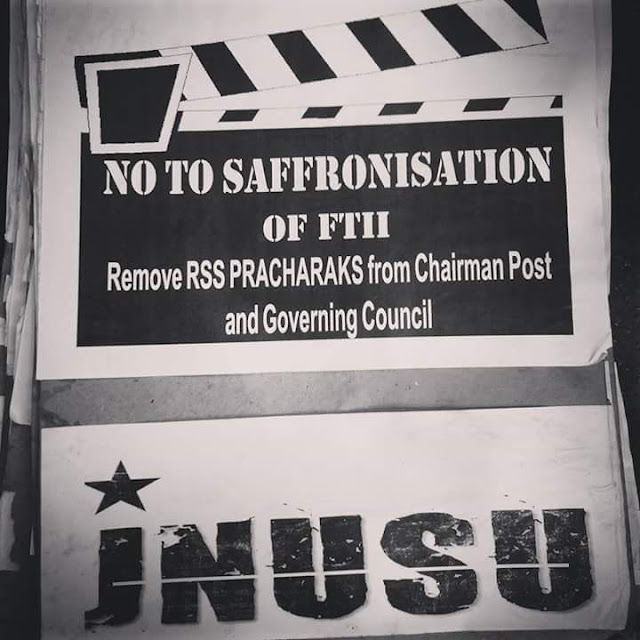 Receiving no reply, the students were left with no option but to take their protest to Delhi on Monday. At least 80 FTII students gathered at Jantar Mantar around 2 pm to carry out a march to Parliament. 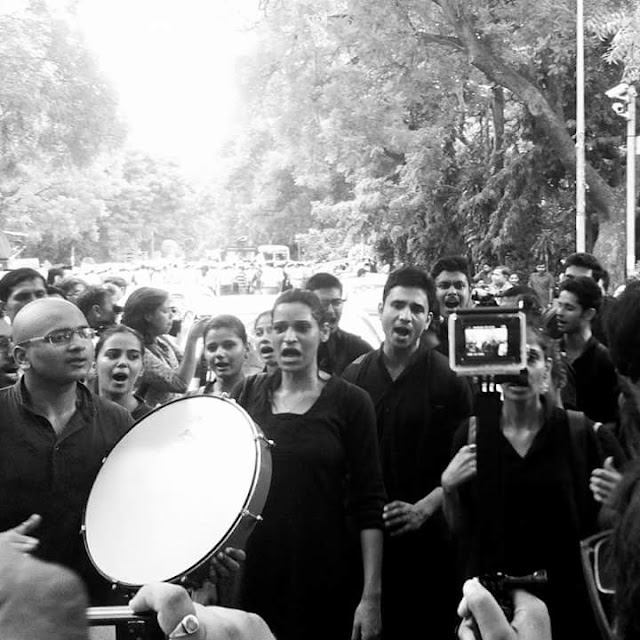 A crowd of over 600 people, including students and faculties of Delhi University, Jawaharlal Nehru University, Ambedkar College, filmmakers and theatre artistes, also joined the march that kicked of with street plays and songs by students. Besides filmmakers like Sameera Jain, Sanjay Kak, Nakul Sahani and RV Ramani, members of the famous Delhi-based Asmita Theatre also participated in the march. 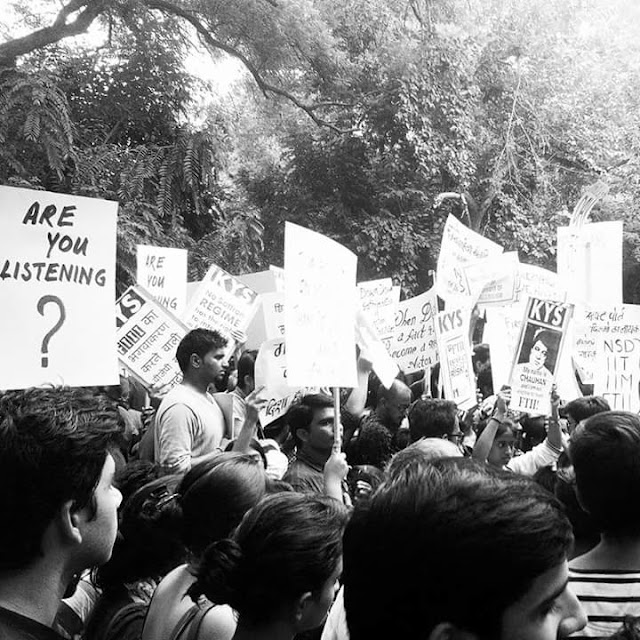 “We have received good response from people from all walks of life. Nearly 600 people joined us,” said Prateek Vats, a FTII student. 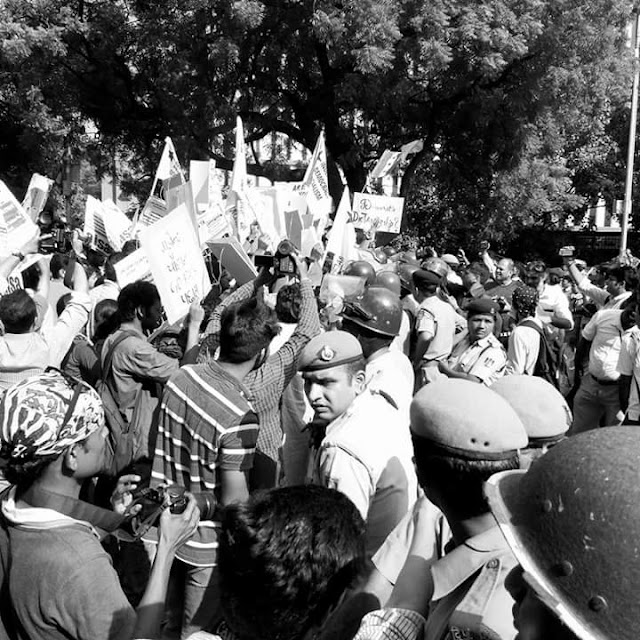 Though the protest march began peacefully, it’s after 3.30 pm when things turned ugly. “When we were not allowed to go towards Parliament, we decided to push through the barricades. The police officials pushed us and it was almost a stampede-like situation. I got hurt in the stomach and had to leave the march,” said Shreya Bhattacharya, who passed out from the institute last year. 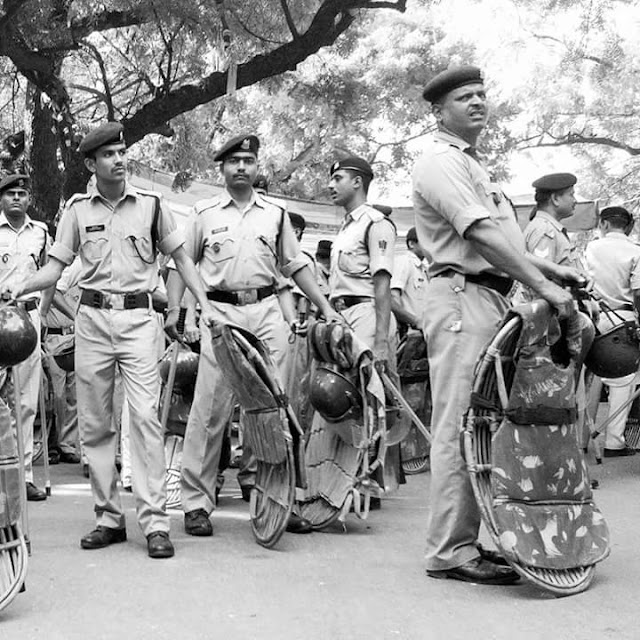 Kislay, the student who co-ordinated the march, said, “Unfortunately, one of the students Rakesh Shukla fractured his hand when he fell down during the struggle. At least 13 students and a visiting faculty Paresh Kamdar were detained by the police.” 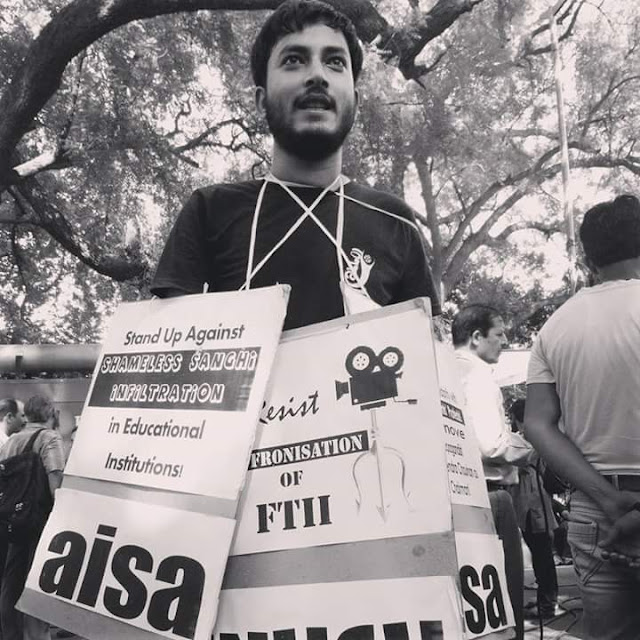 While Shukla was taken to RML Hospital, those detained were released later in the evening. 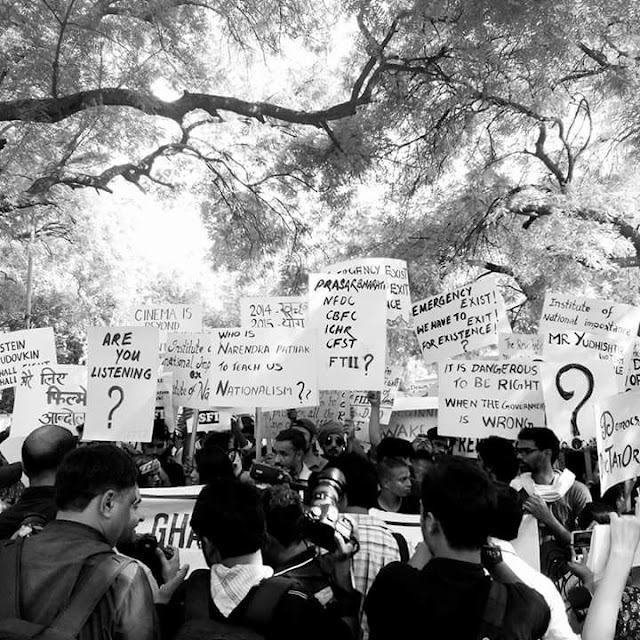 After six hours of protest, two FTII students’ representatives were allowed to meet Sanjay Moorthy, the joint secretary of the ministry. “He assured us that he will pass our concerns to the minister of state and try to fix up a meeting,” said Vikas Urs, one of the students who met Moorthy. The students now plan to stay back in Delhi for a few days and meet students, teachers, cultural organisations as well as political leaders to garner support. The students will also meet Delhi Chief Minister Arvind Kejriwal on Tuesday. 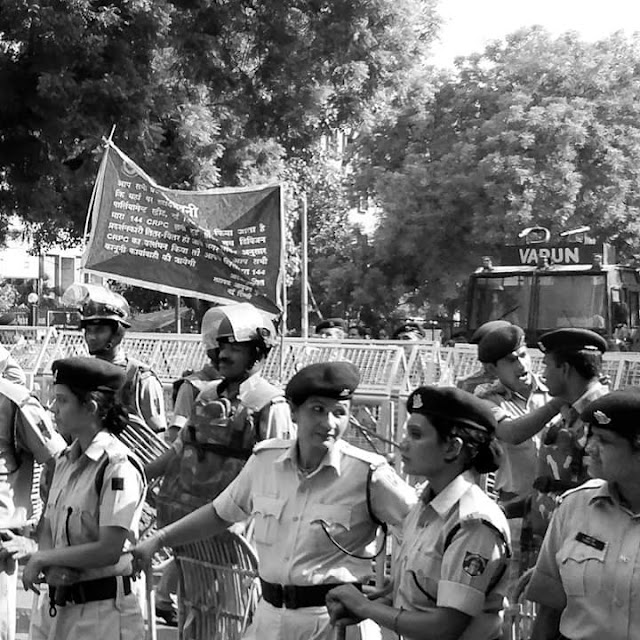 In a letter addressed to Rajyavardhan Singh Rathore, Minister of State for Information & Broadcasting, on August 1, students said, “We do sincerely invite the minister to visit the FTII campus and start a positive dialogue where our representatives can in the truest sense possible put forward the students’ concerns and also listen to the view point of the ministry and arrive at constructive solutions that have been evading us so far. 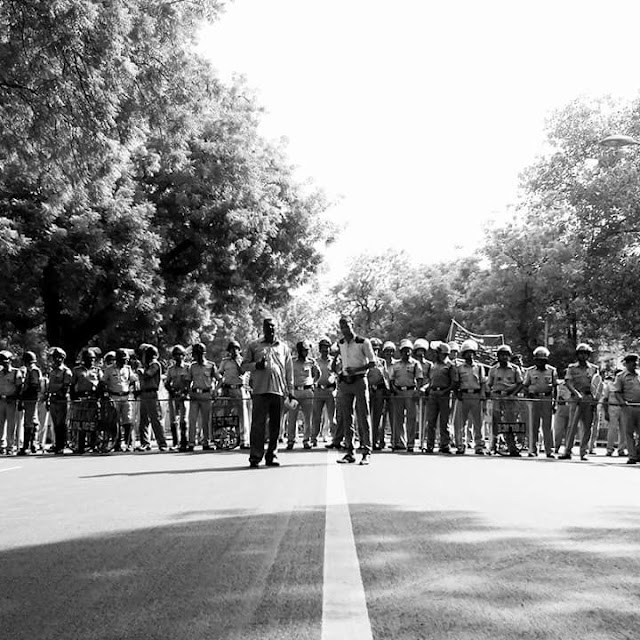 The gesture of visiting the campus will help the students reach out to you personally and your benevolent presence would motivate them. It will build a positive environment to resolve issues that concern all of us and foster a dialogue which we feel could speed up the resolution of this crisis.” (Story by Garima Mishra)

Steps You Need To Take To Save More Money

Gunfight breaks out in J-K’s Anantnag