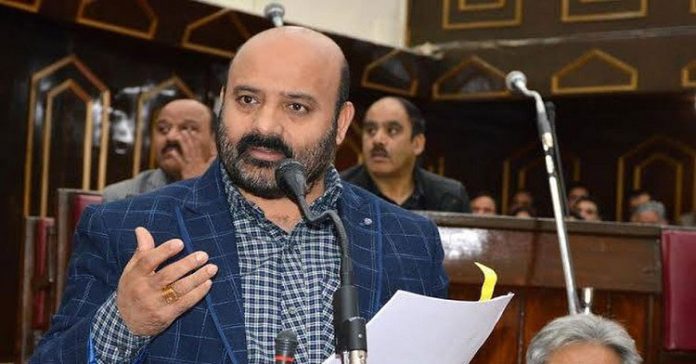 Jammu: The Jammu and Kashmir government Monday while informing the legislative Assembly that the establishment of Medical University is under active consideration, revealed that there was a sharp rise in cancer cases in the state, particularly in Kashmir region.

According to our correspondent, replying to a question of legislator Mubark Gul, Minister for Health & Medical Education, Bali Bhagat said that the government is actively working on the establishment of Medical University and the proposal in this regard is under consideration.

In response to a query of an MLA that if there is an alarming increase in cancer disease in valley, the government has said that the cancer cases are on rise in Jammu and Kashmir especially in Kashmir valley.

Expressing concern over the number of patients increasing after every year, he said that tobacco, poor personal hygiene, unsanitary living conditions, low immunity, consumption of adulterated food, fruits and vegetables laden with pesticides, environmental pollution are the major risk factor for cancers.

The minister also said that a high-end Positron Emission Tomography (PET) Scan machine worth Rs. 23 crore has been made operational in SKIMS Soura on January 7 this year for the convenience of cancer patients, adding that PET-Scan is a machine that is used to detect cancerous tissues and cells in body.