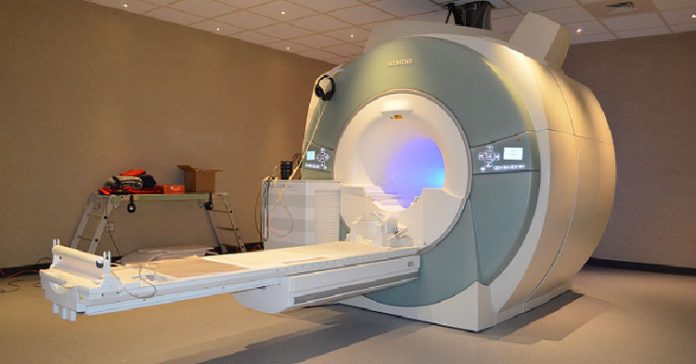 The only PET-CT Scan facility available in Kashmir was restored on Tuesday, January 1, more than a month after it was shut after AERB had raised certain objections, an official said.

He said eight patients were scanned for malignancies with high-end diagnostic equipment considered a gold standard in detection of cancers the same day.

However, on Wednesday and Thursday, due to cancellation of flights, no scans were carried out owing to non-availability of radio-isotope that is flown from Delhi and is required for carrying out the necessary procedures, the official said.

The Institute will carry out scans of all “backlog” patients on priority, he said.

Director SKIMS, Prof Omar Javed Shah said that AERB sent a fresh no-objection certificate (NOC) to SKIMS after Court’s intervention. “We will be doing PET Scans regularly now, as before, and will not let hapless cancer patients suffer because of these administrative issues,” he said.

The PET Scan facility had been halted at the Institute on 29 November 2018, after AERB had refused to extend NOC to the Institute. It is mandatory for procurement of radio-isotope, a radioactive material used for the scans.

At SKIMS, the only AERB certified professional, Prof Showkat Khan had retired in March, creating hurdles in approval from AERB to procure and handle radio-isotope for the scans.

Although, SKIMS had written to state government to provide extension to Prof Khan, no decision had been taken on the issue, resulting in the scenario where the Institute was left without any professional certified to handle radioactive material.

As per SKIMS administration, the present head of nuclear medicine department possesses the requisite certificate recognized by Medical Council of India (MCI), but the AERB had raised certain observations.

On 21 December last year, J&K High Court had issued directions to radio-safety division of AERB not to interrupt the supply of vital radio-isotope to the Institute. The Court had observed that there was “no reason or justification for the respondents (AERB) to withhold the permission which can prove fatal for under-treatment cancer patients.”