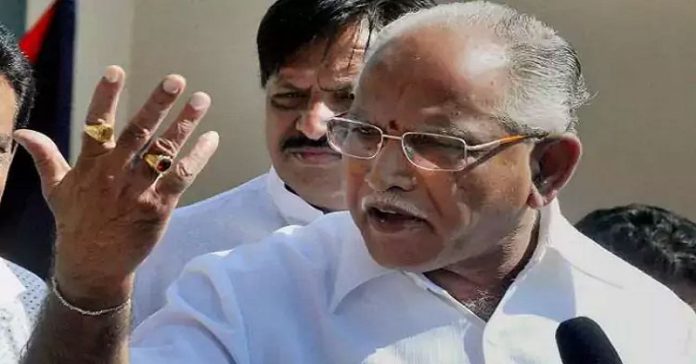 Bengaluru: The 3-day old BS Yeddyurappa government in Karnataka collapsed today, with the chief minister announcing his decision to resign without facing a trust vote.

The Supreme Court had yesterday ordered a floor test in the Karnataka Assembly at 4 PM today, drastically slashing the 15-day window given by Governor Vajubhai Vala to BJP chief minister Yeddyurappa to prove his majority.

“I am going to resign as chief minister… I will go to Raj Bhavan and submit my resignation. I will not face confidence vote… I am going to resign,” Yeddyurappa told the Assembly after a brief emotional speech. He said he would now “go to the people”.

His resignation will pave the way for formation of a government led by JD(S) state chief H D Kumaraswamy, who has the backing of the Congress.

The newly formed alliance has claimed support of 117 MLAs in the 224-member House with an effective strength of 221.

Polling for two seats was not held due to various reasons, while Kumaraswamy won from two places.