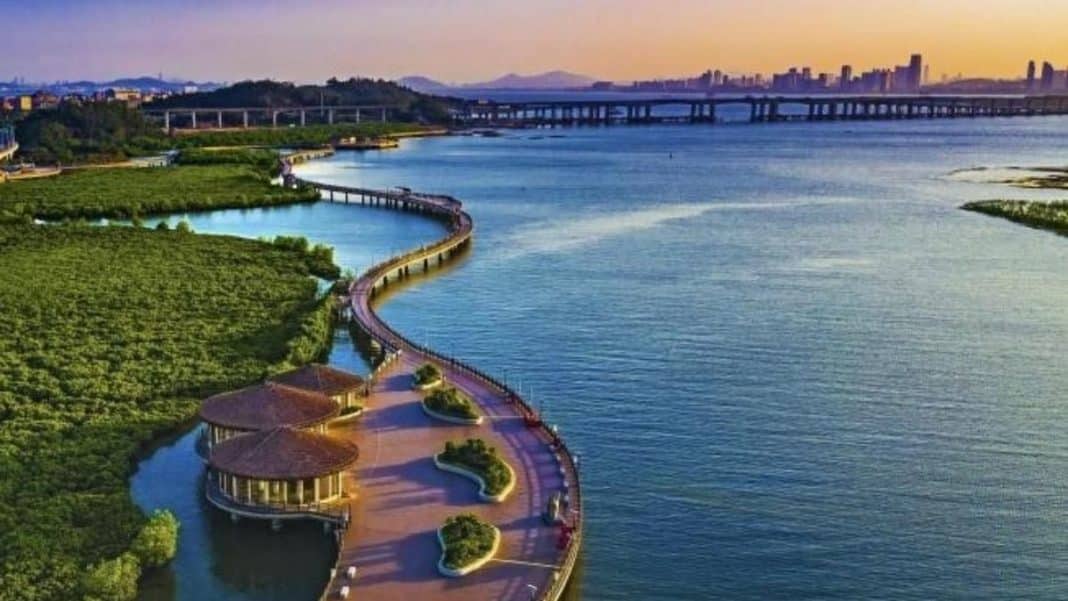 Xiamen, the Chinese coastal city that is known for its tourism and marine activities, is expected to register high-quality development during the 14th Five-Year Plan (2021-25) period. Xiamen’s marine economy is expected to be bolstered as the city has recently been guaranteed leading city status in developing marine sectors in East China’s Fujian province.

According to statistics, Xiamen’s marine economy posted robust development during the 13th Five-Year Plan (2016-20) period. In 2020, the output value of the marine economy in the coastal city reached 140.53 billion yuan ($22.02 billion), accounting for 22 per cent of Xiamen’s total GDP.

The added value of Xiamen’s emerging marine industries totalled 52.44 billion yuan in 2020, an increase of 4.24 per cent year-on-year. This figure accounted for 37.3 per cent of the total output value of the city’s marine economy. The general result is that the emerging marine industries have grown into new growth drivers of Xiamen’s marine economy, going by the numbers available.

A look at the freshly released development plans brings to the fore the fact that Xiamen is already on the road towards setting up strategic emerging marine industrial clusters. This would be made possible through the promotion of the commercialization of scientific and technological achievements, accelerating cross-border integration, as well as reinventing business models.

In addition, more measures will be lined up towards accelerating the construction of a national demonstration zone for the marine economy. The zone will house marine biological industries and will also act as a global supply base for marine products.

With its work moving in the right path, it wouldn’t be long before Xiamen proves to be the hub that will foster new drivers of growth for its marine economy. These drivers would include efforts to transform Xiamen into a Southeast International Shipping Center, improve the efficiency of the ocean shipping transportation system, as well as boost the coastal and marine tourism industry of the coastal city.

By 2023, Xiamen is expected to have a modern marine industrial system, which would be ably supported by the emerging marine industries, modern fisheries, port logistics, and high-end coastal tourism.

Xiamen’s rich marine resources and solid industrial foundation are expected to propel the development of its marine economy, making it a major revenue earner for the city.

The city administration has strengthened its efforts to enhance basic research capabilities, build a batch of marine scientific research institutions, and by lining up measures that are aimed at promoting the innovative development of marine science and technology.

The development measures will also see the layout of the city’s marine economy being further improved so that Xiamen can stand tall as a modern and strong marine city.

By the year 2025, it is expected that the total output value of the marine industry in Xiamen would exceed the 300-billion-yuan mark. This would be made possible through the support that the city would elicit from its strong scientific and technological prowess. The 300-billion-yuan output value is estimated as accounting for 30 per cent of the city’s total GDP.

Xiamen’s strategic position as a key port city of the 21st Century Maritime Silk Road will also help it strengthen trade exchanges and cooperation between nations and regions along the road. This is also envisaged as a significant aspect by the development plans that have been charted out.

Xiamen will also strengthen its dedicated efforts to attract world-class marine enterprises and core technologies, encouraging local enterprises to look beyond the border and further opening-up cooperation in the marine economy sector. The city will also explore ways to build a new cooperative mechanism for the marine industry, as well as to actively engage in international exchanges and cooperation in ocean-related activities.

As per the plan, Xiamen will see itself grow into a world-class port, an international coastal tourism city, an ocean cultural exchange centre for countries and regions involved in the Belt and Road Initiative, as well as a global model for marine ecological governance. In effect, the city development plan envisages transforming the influence of Xiamen as a global marine centre. The efforts aimed at this initiative are expected to see a great deal of enhancement by the year 2035.

Edi Matsumoto Earned The Title Of Being A Remarkable Global Leader