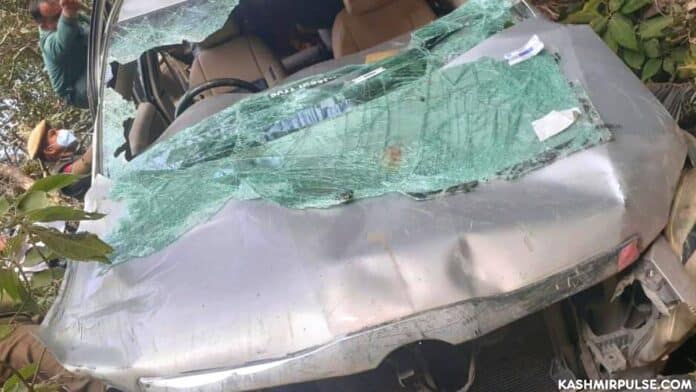 JAMMU — Four members of a family were among five persons killed while one person was injured when a vehicle, they were travelling in, skidded off the road and fell into a gorge in Samba district of Jammu on Saturday.

Official sources told GNS that Innova (JK01U-2234) met with an accident at Mansar in which four family members, hailing from Brah Ranipora village of Anantnag, died on the spot along with the driver. They were on their way from Jammu to Valley.

A police officer, however, told GNS that identifications were ascertained. He said a case has been registered and further investigations are underway.