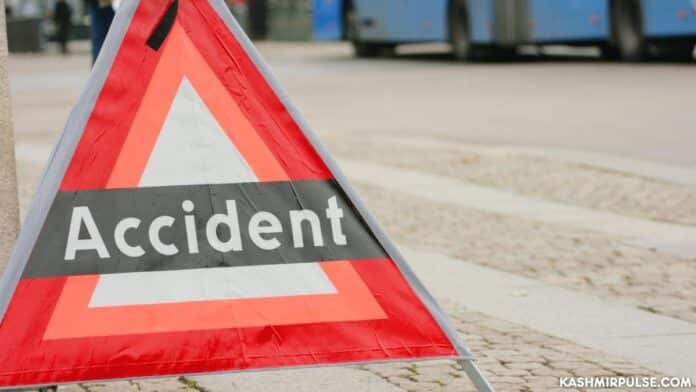 RAMBAN — A father-son duo was among four people killed in a road accident that took place near Chenani area of Udhampur district on Monday morning.

As per official reports, a Maruti vehicle bearing registration number JK19-1449, on its way from Gool Sangaldan towards Udhampur, skidded off the road and fell into a deep gorge near Prem Mandir Chenani, resulting in on-spot death of two persons and injuries to several others.

In another tweet, the DC said, “All four passengers traveling in an Alto vehicle, which met with an accident near Samroli Udhampur, have died. The family belonged to Sangaldan, Gool. More updates will follow.”

The injured identified as Hajira Begum wife of Abdul Hamid and another youth Aadil Ahmad son of Gulzar Ahmad Malik (16) also succumbed at a hospital.

Ahead of Republic Day, six injured in twin blasts in Jammu’s Narwal