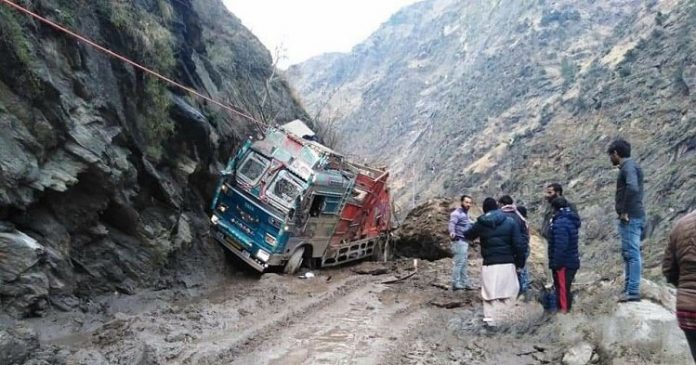 JAMMU — Two persons were killed after they were hit by a landslide at Piyakul Kahara in Tehsil Gandoh on Saturday.

According to reports, one truck, bearing Registration No. JK02AC 5185, came under land slide due to which two persons including the driver of the truck were killed.

The deceased have been identified as Shahzad Ahmed resident of Chiralla and Mohammad Arif resident of Kishtwar.