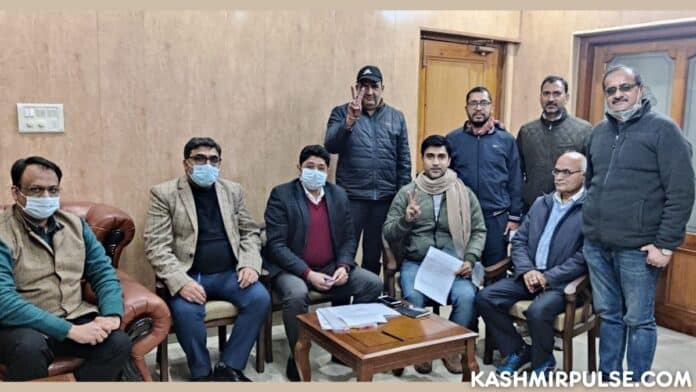 SRINAGAR — After a written assurance from the administration to put on hold the proposed privatization of the power sector in Jammu and Kashmir, the protesting employees of the Power Development Department called off their strike, much to the comfort of the common people.

Parts of Jammu and Kashmir were reeling under darkness due to the indefinite strike. The power outages triggered protest in various parts of the Valley.

After calling off the strike, the employees restored electricity in most parts of Jammu and Kashmir on Tuesday.

Government sources said that an official team led by Divisional Commissioner Jammu, Ragav Langar held fresh talks on the intervening night of Monday-Tuesday with the Employees Association and gave them a written assurance. The protesting employees have also received assurances on other issues, including salaries, from the administration.

“It has been decided that the proposal of joint venture of JKPTCL and PGCIL shall be put on hold. A committee comprising of all stakeholders including J&K Power Employees Coordination Committee would make recommendations to find a way forward,” reads the agreement.

Over 20,000 employees had gone on indefinite strike against the government’s move to merge J&K Power Development Department into the Power Grid Corporation of India and the handing over of the assets to private companies.