SRINAGAR — Established in the 1960s, the journey of Kashmir’s Food Street known as ‘Bati Gali’ in Srinagar’s Lal Chowk is almost coming to an end with more than 30 percent of shopkeepers shutting down their outlets.

Several owners of the outlet at Food Street told the news agency KNO that they are witnessing a drastic decline in their sales after the government shifted nearby bus yards to Srinagar outskirts.

Food Street president and one of the owners, Yasir Dharma, said that the street was known for its clean, hygienic, and cheap food but that they are not hopeful that Food Street would survive in the coming years because of the decline in consumers.

“The Food Street comprises about 18-19 food shops of which around 12 are functional now while many shop owners have closed down their outlets. This situation developed with the shifting of nearby mini bus, bus and Sumo terminals from the area,” he said.

Dharma said that their elders at Food Street had highlighted the concern with those who were then at the helm of affairs about shifting of bus yards but no attention was given to their pleas.

Once an owner of an outlet, Khursheed Ahmad Mir now works as an employee at his neighbour’s shop on Food Street after business declined.

Nisar Ahmad, one of the food shop owners, recalled that the food street used to be jam-packed but now they are competing with each other in inviting customers to their shops. He said they are struggling and if the situation continues like this, they would not be able to sustain more.

With the decline in sales, the outlet owners clean and carry out maintenance of the street from their own pockets despite paying rent to the Srinagar Municipal Corporation. The shopkeepers said none visited them for carrying out repairs after the devastating deluge in 2014.

The decline in footfall of people has also led to curtailment in food menus. Earlier, a variety of dishes, veg as well as non-veg, were served on Food Street at a cheap rate.

A plate of vegetables with rice is served at Rs 50 and non-veg at Rs 150 onwards, depending on the mutton dishes one eats. The affordable menu with a variety of dishes including Kashmir Wazwan would invite both locals as well as tourists.

Sleuths of the National Investigation Agency (NIA) on Sunday reached Rajbagh Srinagar to execute the orders to attach the office of All Parties Hurriyat Conference.
Read more
Kashmir

A special court of the NIA has ordered the attachment of the office of All Parties Hurriyat Conference situated at Rajbagh area in Srinagar, officials said.
Read more
Kashmir

A scooty-rider was killed after being allegedly hit by a vehicle of Sashastra Seema Bal (SSB) in Humhama area in central Kashmir's Budgam district on Saturday.
Read more
Kashmir

Authorities said that more than 343 kanals of State land was retrieved from encroachers during anti-encroachment drives in south Kashmir’s district of Shopian.
Read more
Previous article
J-K’s Wildlife department warns against owl-capturing. Here’s why?
Next article
Drawdown of Rashtriya Rifles from J-K on cards: Report 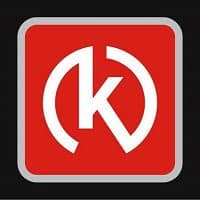 KNO
Kashmir News Observer (KNO) is an organization that gathers news reports and sells them to subscribing news organizations, such as newspapers, magazines and radio and television broadcasters.