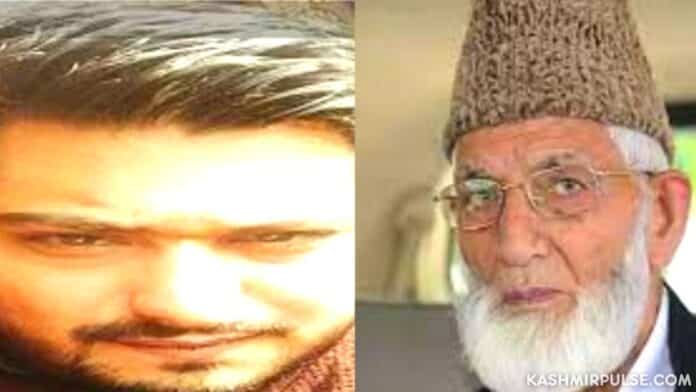 SRINAGAR — Anees-ul-Islam, the grandson of senior separatist leader Syed Ali Shah Geelani, has disowned his grandfather to save his government job in Jammu and Kashmir.

On 17 October last year, the J-K Government terminated the services of Anees-ul-Islam, in the interest of the security of the state. He was terminated under Article 311(2) (C) of the Constitution that gives the administration the power to terminate the services of a government employee without constituting an inquiry against them.

“And whereas the Lt Governor is satisfied under sub-clause (c) of the proviso to clause (2) of Article 311 of Constitution of India that in the interest of the security of the state, it is not expedient to hold an inquiry in the case… Accordingly, the Lt Governor hereby dismisses Mr Anees-ul-slam… from service with immediate effect,” read the government order issued last year.

Anees was the 17th government employee whose services were terminated by the Lt Governor administration for their anti-national antecedents and activities under Article 311a (c). The services of around 25 government servants in Jammu and Kashmir have been terminated so far.

The process of the sacking of employees began last year, weeks after the UT administration constituted a Special Task Force (STF) empowering them to look into allegations of anti-State activities against government employees.

Anees has filed a petition against his termination before the High Court of J&K and Ladakh. He has prayed for the restoration of his government job. Anees has totally distanced himself from his grandfather Syed Ali Shah Geelani who passed away last year.

“The order has been passed only to achieve the objective for otherwise there is no allegation of misconduct against the petitioner,” reads the petition submitted by Anees’s counsel, a copy of which lies with Srinagar based news agency Kashmir Dot Com (KDC).

“As a matter of fact, (petitioner) remained aloof from the activities of his grandfather,” it said.