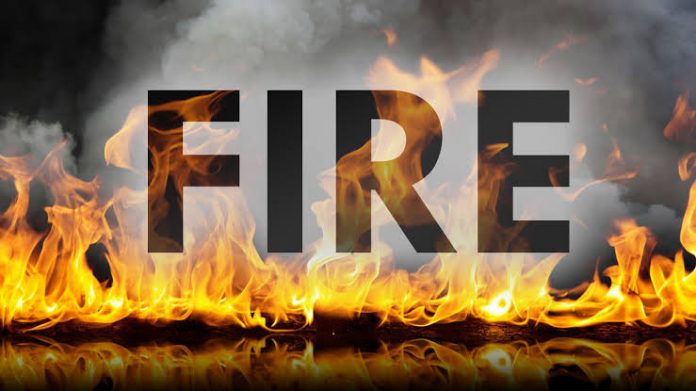 SRINAGAR — At least 10 people were killed while 660 fire incidents have been reported across the Valley in the first three months of the ongoing year 2022, data available with the news agency Kashmir News Observer (KNO) revealed.

The official data prepared by the Fire and Emergency Services (F&ES) department revealed that properties worth Rs 3572.26 lakh have got damaged and also belongings worth over Rs 31306.38 lakh are involved in these incidents.

According to the figure prepared by Joint Director, Fire & Emergency Services, Kashmir Range, the highest number of fire incidents have been reported in Srinagar where the department in the first three months has received 143 fire calls, causing damage to the property worth Rs 1704.58 lakh and involving the belongings worth Rs 20374.94 lakh.

The second highest fire calls in these months have been reported from Baramulla district where 108 fire incidents have taken place in which the property worth Rs 224.87 lakh and involving the belongings worth Rs 1778.50 lakh.

The incidents are not less in the other eight districts including Budgam, Anantnag, Kupwara, Pulwama, Shopian, Ganderbal, Kulgam and Bandipora where 45, 68, 81, 53, 24, 49, 39, and 50 fire incidents respectively have been reported since January 2022-March 2022.

The fire has engulfed 525 structures, 99 shops and 11 shopping complexes in 660 fire incidents, the data said, adding that a total of eight vehicles also caught fire during the period.

In these incidents, the Fire and Emergency Services department as per the data claimed to have saved the property worth Rs 27734.12 lakh.