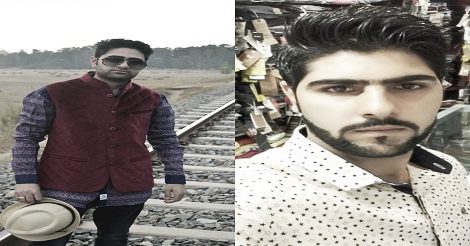 Few people get Business Degrees, taste exposure, start their own venture and become successful! Indeed a good sign! While others come out with their ventures without possessing professional degrees but with inborn entrepreneurship skills and prove themselves comparatively much effective and efficient. Here is a story of such real entrepreneurs!

Two brothers from Pulwama, Aabid Bashir & Kaiser Bashir, who did their schooling from Srinagar, used to lend their fragile hands to the shop which their father was possessing. They used to do it everyday after school hours.

As days passed by, they learned the art of dealing with customers. They became cognizant with every crucial aspect of business. As they gained experience, thus came up with an idea to transform that small, old kind of shop into something new and big. This led them into starting a new enterprise – Royal Touch. Both Kaiser and Abid worked day and night, along with their father to give wings to their venture.

As the new venture was consuming enough time of the two boys, they were left with no choice but to leave their school.

“The fact is that every coin has two faces. If one is dull, another could be royal. We always dreamt of higher education continuously but could not get that. The thing which distracted us from studies for a while was our cousin brother who held numerous degrees but was still unemployed but on the other hand, every business house tempted us most!”, says the elder brother.

ALSO READ
Cop electrocuted to death, another injured in Pulwama

Abid and Kaiser did not choose a Government job as their final goal rather they choose something different and something to their own liking.

After few years, the name of their enterprise achieved new heights. Consequently, they started another venture namely Blue Craze.

Months passed, they started a third venture, named Royal Kidz. Currently, they are providing employment opportunities to a few unemployed youths in their enterprises. Now, both of them continue their studies via Distance Mode.

Every person, who once picked them apart, are visiting their shops for shopping. They are indeed successful business persons.