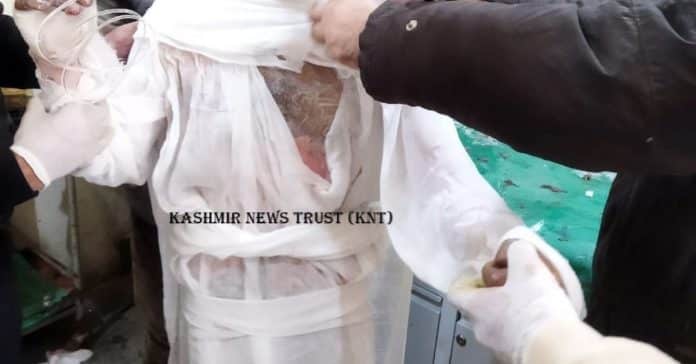 TRAL — In a shameful incident related to an ‘affair’ that speaks volumes about the degrading values of society in Kashmir, a young man set himself on fire after sprinkling kerosene over his body in south Kashmir’s Tral village.

The incident occurred at Pastuna village of Tral and the victim has been identified as Aijaz Ahmed (name changed), resident of Pastuna hamlet.

Eyewitnesses said that the young man sprinkled kerosene over his body and set himself on fire. Family members and others present there put out the fire after hard efforts.

A police officer while talking to news agency Kashmir News Trust said that matter is being investigated and a team has already been sent to the village to ascertain the facts.

“The family members of the victim say it all happened due to his affair with a girl. We have registered an FIR and set investigation into motion,” the police officer said.