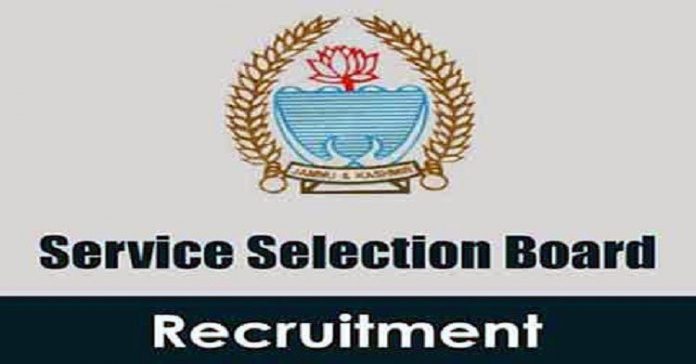 Jammu: In what could be termed as poor performance of Jammu and Kashmir Services Selection Board (JKSSB), the Board has failed to recruit hundreds of posts referred by various government departments even as after years of lapse.

“Several key departments in state, facing acute shortage of clerical staff, had forwarded hundreds of posts to JKSSB for recruitment to meet their requirement during the BJP-PDP government in 2016,” an official of Education Department wishing anonymity said as reported by Early Times.

He further said that after Type Test of 43 Junior Assistants (JA) of Technical Education and Youth Services & Sports Department under State Cadre conducted in November 2106, the Board has failed to start the interview process.

Same year, another 69 posts for six departments including Labour and Employment, Public Works Department, Law Department, Technical Education / YSS Department, Defence Labour Procurement and General Administration Department were advertised by the Board but so far the fast track recruitment agency, JKSSB has failed to initiate further recruitment process even after several years.

Sources further said that around 600 clerical posts were lying vacant in School Education Department across state. The then chief directed department concerned to refer all these posts to JKSSB for recruitment and also directed the officials of the recruitment agency to speed up the process to hire people for state government services. It is very surprising that the Board had conducted written test of these posts six months back but till date their selection list is yet to be declared.

“Aspirants who qualified computer type test have approached JKSSB office at Jammu as well as Kashmir but at the end of JKSSB office, no positive response was received,” an aspirant Rahul Sharma said, adding that the officers replied that the delay in release of selection list was because the Board has shortage of manpower.

JKSSB’s Secretary, Ranjeet Singh was not available for comments despite repeated calls.