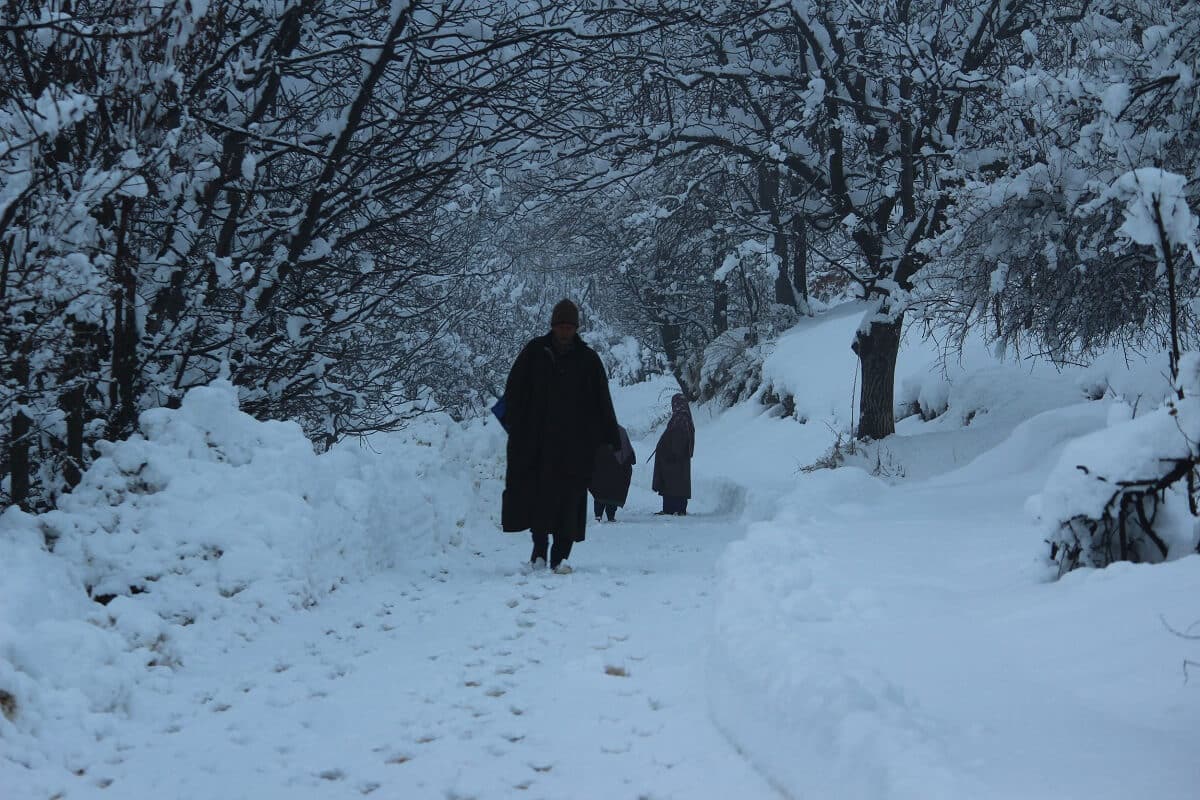 Snow is descending decently upon an already settled-sheets,
And the frozen-ice of morn: crystal-hard!
Drape – a ring of fresh velvety layers on.
Thoroughly the welkin is garbed with the colour of ivory,
And of the same fashion orbited by the hue of gloom.

Solar beams glistening onto its dazzling-turfs,
The boughs – in the space as I’s can capture – laden with
The white-weight; as if morally inclined towards prostrate.
The birds of my chilblain-hood; unknown and extinct,
Lesser to be seen, few here lingering,
Rest underneath the tranquil-repose of a dateless slumber.

Now, enjoying an idea; fancying those which
Are impregnable again to discern from the dust,
[To fetch them from miles and furlongs is crass and invincible.]
The slipping of snowflakes from the rooftops, gushing forth,
Like the Heavens, dashing down the Legions from the firmament.

Sauntering icily, some flakes couch over my acme, dazzling!
Over there on the ground of pomp and splendour!
They have projected an episode of the Pandæmonium sort;
Teens, busy in revivification: vitalising the elements of snow
By the charcoal felicitation- Snowman!
Wearing the Karakule of a snowed-fabric,
Among the lips clinched the pipe of a Hookah.

Apt replica of Mr Ramuz – my granny – Aapaa’s grand,
On the rag of reeds, enjoying a nap, by lounging softly
Against the cushion, on the façade of a sun-parlour.
T’is portraiture of grandpa is oft at display in winter afternoons;
One hand on a pipe of the hubble-bubble,
Other, under the shawl of a Pheran; of cashmere;
[The family is sumptuous in terms of an adjective, noun and material.]
There he does stand, the snowman, on the pitch of cricket!
At the point of new Panchayat.

ALSO READ
If I Could Only Mention

The admiring work of little hands,
Though piercing with an incisive-cold,
But happy on their accomplishment.
Went thrilling boisterously with snowballs, launching in wither,
Rolling in ice, welter in shouts and shrieks and sounds;
[Halloa-ho-ha-ho, Woo-hoo, Hee-hoo, Halloa, Halloa …]
Freezing all over by the coarser-cold, striking, feline-cold
Shrill of cold in every bone and nerve.

Less sinews, cells still active, so does nimble in spi’it.
But depart with sounds – hotchpotch; [Esh, Ushh, Eesh].
And disperse by the fresh start of a snowfall,
Among their woofing-chimney houses they finally dispose.
And perch ponderously neigh the cradle of a sonorous hearth.
Thus, the snowfall makes its victory, forsooth, agonist the little cherubs.