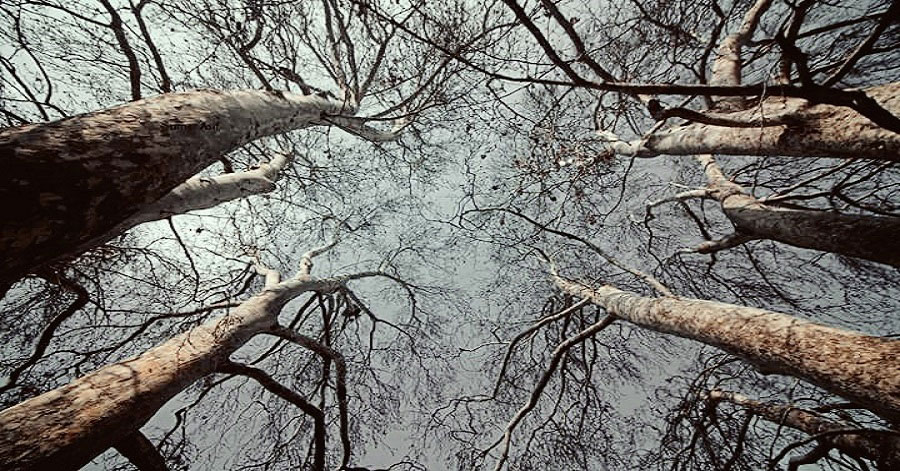 There was a cry outside – a loud agonizing cry. Some uncanny mourning silence fell over the clamorous ambiance of the room. Khan Sahib, who otherwise was a man of cool and compact behavior, immediately got off his fluffy praying rug – his lips were absolutely moisture-less as he peeped into the dark emptiness outside through the crack of the window only to discover a vast stretch of night and nothing else.

His wife – Nasreena was still struggling with the microscopic buttons of the remote control of their brand new television set and her trembling hands were unable to press the red button on it.

Then she tried to reach out to the wall socket so that she could pluck out the power lead from it. But as she got up, she staggered and stumbled of asphyxiation before her hands could even move. She was lying there facing towards the roof decked with immaculate designs of ‘Khatemband’. The perennial beads of precipitation were dripping from it.

Nasreena started to read the ‘Ayat Ul Kursi’ written in a spherical design around the caricature of Holy ‘Kabba’ crocheted with dark black thread on the green background of a rug – hanging from the wall, painted with white synthetic colors.

Qasim, their only son wasn’t home yet and the situation outside was very dangerous and deadly, that’s at least what the white collar guy on TV news channels would continue to speak every evening.

Khan sahib brought her a tumbler filled with water and Nasreena was able to drink only a couple of drops from it. They both stood there frozen, no one speaking a word. Only their eyes exchanging the words of hope in a language known to them only, and she continued to recite the ‘Ayat Ul Kursi…’

The silence was finally broken by the ringing of the phone. Breathing became impossible for them and the air in the room seemed to be absent for a moment and no one found the courage enough to answer the phone which continued to ring for an eternity.

Khan finally managed to put his hand on the receiver but before he could pick it up, the ringing stopped, leaving the room again in the ambiance of deadly silence. He checked the caller ID, and the call was made from the local dispensary.

As he declared this in a creaking voice, Nasreena started to beat her chest and Khan was sobbing with hiccups. He dialed back the number, without will and life and waited for someone to tell them the news.

After only two or three rings, someone picked up the phone; breathing became completely impossible for him and he was about to give a loud cry but instantly his eyes sparkled as he heard the voice of his son.

“I was coming back home but Qadir Kak’s foot skidded into the pothole and I drove him to the dispensary, I’ll be back in ten minutes,” said Qasim.