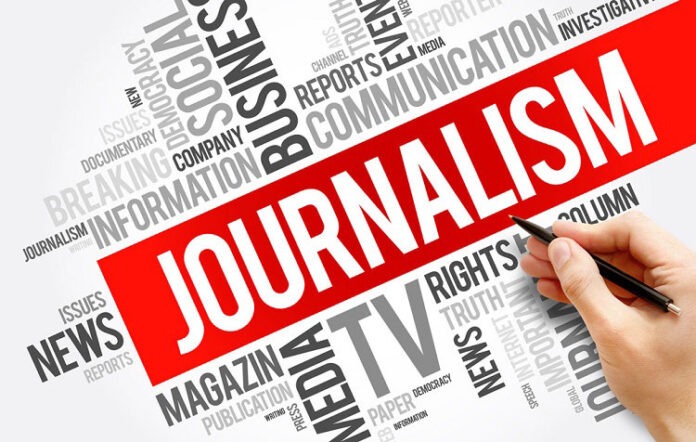 SRINAGAR — Non-professional journalists have been earning a bad name to Kashmir journalism every now and then. The mushroom growth of Facebook journalists, who are good at the noise, end up creating a people-friendly image for themselves at the cost of maligning image of professionals.

From a simple protest at the Press Colony to any law and order issue, these Facebook journalists (as they are called in local lingo) are always omnipresent. Even they can be seen in the press conferences, which are sometimes reserved. Unabashed and uncouth, most Facebook journos are semi-literate small-time go-betweens who try to earn quick bucks using journalism as a stepping stone.

A cursory study of these random journalists, who mostly camp on roads and pavements at the Press Enclave, reveals that most of them are operating Pages on Facebook. They have fancy names and post videos and happenings on their Pages.

Apart from poor content production, these Facebook reporters are increasingly resorting to emotive calls through their repetitive sob-stories on poor families. Some of the “incorrigible offenders” have already become self-styled cults, thriving on their cabal and coterie.

There’s nothing wrong in pleading the cases of poor families, but the manner in which it is being done has become a medium business in Kashmir now. A case has come into the notice of this media-house where these self-styled reporters have misused the video of one of the families in Srinagar.

As per the sources, a destitute family was seeking financial help from the general public in February. Keeping the generosity of Kashmir alive, the family received a sufficient amount and accordingly, the case was closed. But after two months, the same video was again uploaded by these Facebook reporters but with a different account number. The family filed a complaint against the portal for “misuing” content for their personal benefits.

A senior journalist from Srinagar said that these social media reporters are not accountable to anyone for their wrongdoings. The onus lies on the government to tackle these “Facebook journalists” giving a bad name to journalism.

“This sentimental and social media driven journalism is unfortunately wooing masses in Kashmir and has widened the gap, with people losing trust on the professional media houses,” he added.

The administration should find a way out of getting these portals registered so that the charity will reach needy people instead of these “thugs” who have left no stone unturned in ruining ethics of journalism by playing with the people’s emotions.

It’s the need of the hour for media fraternity in the valley to make one voice to move forward and get united under one umbrella and fight against these “social-media journalists”.

“If anyone among the journalist community commits a crime, the entire fraternity is held responsible for it,” said a senior editor in the backdrop of the recent incident in which three media-affiliated persons were arrested for extortion in Kupwara.

“Although this phenomenon is not confined to Kashmir only, the government needs to keep a tab on it and should check the authenticity of these Facebook Pages before trusting them,” he added.

Pertinently, last year two renowned ‘Facebook journalists’ were arrested under FIR No. 145/2021 under Sections 384 (extortion), 385 (putting a person in fear of injury in order to commit extortion), 506 (punishment for criminal intimidation), 420 (cheating and dishonestly) and 120B of the IPC.