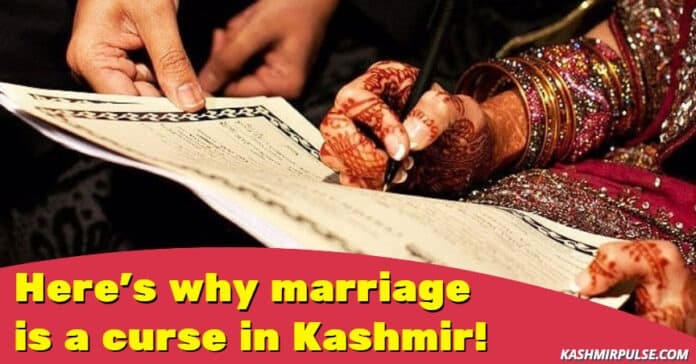 Social issues are directly and indirectly connected with us as we get affected by them to a large extent, and sometimes even became a bone of contention with regard to moral values. Why people then still follow the ‘outdated’ customs after even calling themselves modern? What does modernity mean to them?

It seems everyone wants to change the norms but nobody is ready to change his mental setup. Now the question is how could it be possible. Education? Yes, education helps us to a great extent. We have to impart such education that would nourish healthy values among our youth and would definitely help in eradicating social issues.

The worst evil that is prevalent in the society is the dowry system. It is extremely awful to see parents of a girl ‘bow down’ before the groom’s demands. Is it permissible in any religion to go for such rituals? No, it’s not in any religion. It is only by our sick mentality which then ruins relationships.

I am a married girl and this is what made me ink this article: Since my childhood, my parents taught me that a beti (daughter) should be sanskari (cultured, well-mannered), obedient and should always obey her in-laws. But when I get to hear about the gory tales of dowry, I ask myself that if marriage is a sacred institution, why is there this space for bargain, compromise, commercialism?

From every corner of our Vale, we come to know about suicide cases of women. Have you thought why is the rate increasing, especially among married women? This is mostly because of huge demands of dowry from their in-laws. This is also one of the biggest reasons for ladies in the age group of 30 to 35 years awaiting their marriage.

It a curse. We have turned a sacred wedlock into a commercial deal. Being a woman, I feel frozen and broken whenever I witness parents feeling helpless in front of their daughter’s in-laws.

I am not pointing specifically to males/men, but it’s the voice of those hundred thousand women who suffer in this patriarchal society. It’s high time to treat her like an individual and not as a commodity.