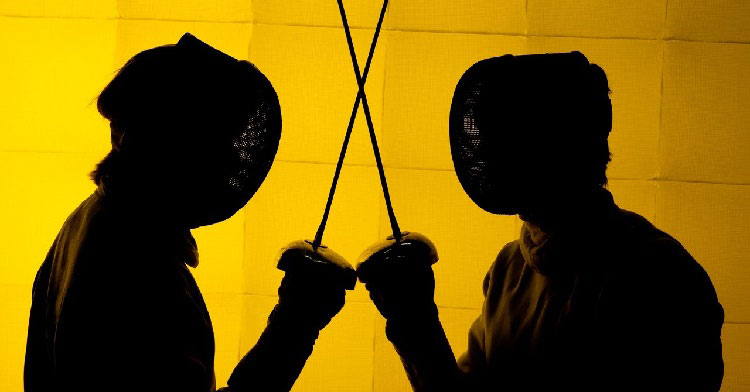 We all know that humanity is at all-time low. In today’s world, we see humans killing fellow humans in one way or the other. Only Islam teaches us ideals of humanity as the Holy Quran emphasizes on the relation between religion and humanity.

“So if they believe in the like of what you believe in, then they are certainly guided, and if they turn away, then they are only steeped in defiance. Almighty Allah shall suffice you against them, and he is the All-hearing, the All-knowing. The baptism of Allah. Who baptizes better than Allah? And Him do we worship.” (Holy Quran — 2:137-138)

A human being is honored for his knowledge, intellect and potential to do miracles in this world but at the same time, it is also the humans who are destroying the world by killing fellow human beings. The classic example is the genocide of Muslims in Syria.

One thing is clear that only Islam can guide us towards peaceful world. Islam’s point of view about death, disease or any calamity is very compassionate and humane. Also, morality is a great teaching of Islam.

Islam discourages cruelty, hard-heartedness, evil, sins and killing of fellow human beings. Islam uplifts the honour and dignity of a human being.

Allah created human being with best abilities of knowledge, power of hearing, seeing and understanding but in present times, we see greed in human beings’ hearts and minds for power, fame and money. And, this is the reason that there is no peace in the world.

The Prophet Mohammad (SAW), during his farewell pilgrimage in a sermon, said: “Verily, your blood, property and honor are sacred to one another (that is Muslims) like the sanctity of this day of yours (the day of Nahr or slaughtering of the animals for sacrifice) in this month of yours (the holy month of Dhul-Hijjah) and in this city of yours (the holy city of Makkah),” (Sahih al-Bukhari). This denotes a cause for humanity.

Whole mankind is one family according to Quran which helps understand the depth in the concept of humanity in Islam.

“O mankind! Surely we have created you from a male and a female and made you tribes and families that you may know each other. Surely, the noblest among you in the sight of God is he who is the most righteous of you.” (Holy Quran — 49:13)

Ultimate object of Islam is preservation of honour and dignity of human beings. It also indicates preservation of one’s religion, life, lineage, intellect and property. It is worthy to note that there is not a single principle of Islam which is against humanity as a whole. In present times, there are people who are violating and damaging the honour and dignity of human beings.

The Qur’an proclaims: “Indeed, those who like that immorality or scandal should be spread (or publicized) among those who have believed will have a painful punishment in this world and the hereafter.” ( Holy Quran — Al-Nur, 19)

There are many other Quranic verses and Hadith from Prophet Muhammad (SAW) in which he exhorts believers not to kill any human which Allah has forbidden.

In Islam, there are rights of parents and relatives, rights of neighbours, rights of children and rights of minorities. Beauty of Islam is that rights of minorities have to be protected as Islam is a religion of peace and justice. It is for economic welfare also when we take Zakat and Sadaqah into consideration. Why we Muslims suffer nowadays is because we have given up the way of Islam.

Prophet Muhammad (PBUH) stressed on love, sympathy and kindness towards all mankind. He said, “Whosoever is not thankful to the people, then he is not thankful to Allah,” (At-Tirmidhi). In another beautiful saying, Prophet Muhammad (SAW) has also said: “None of you truly believes until he loves for his brother what he loves for himself,” (Bukhari).

This is Islam for you. This is ultimate concept of humanity!

First of all, all human beings are equal and brothers to one another, to the extent that respect is due even for one’s enemy and follower of a different religion. “Allah does not forbid you from those who do not fight you because of religion and do not expel you from your homes – from being righteous towards them and acting justly towards them.”

Strictly connected to equality is the idea of justice, solemnly expressed as follows: “[O] you have believed, be persistently standing firm in justice, witnesses for Allah, even if it be against yourselves or parents and relatives.”

There are many other verses of Quran and Hadith from Prophet Muhammad (SAW) in which he exhorts believers not to kill any human which Allah has forbidden. The Prophet Muhammad (SAW) said: “ The biggest of al-Kaba’ir (the great sins) are (I) To join others as partners in worship with Allah (II) To murder a human being (III) To be undutiful to one’s parents (IV) And to make a false statement,” or said, “to give a false witness,” (Sahih Bukhari, Volume 9, Book 83, Number 10).

From the above Hadith, it is clearly understood that shedding the blood of any innocent human life is forbidden.

My dear friends, Islam is a religion of peace and justice. If one has to see humanity, see Islam, see Quran and Hadith: “O! You who believe! Enter absolutely into peace (Islam). Do not follow in the footsteps of Satan. He is an outright enemy to you,” (Holy Quran: 2, 208).