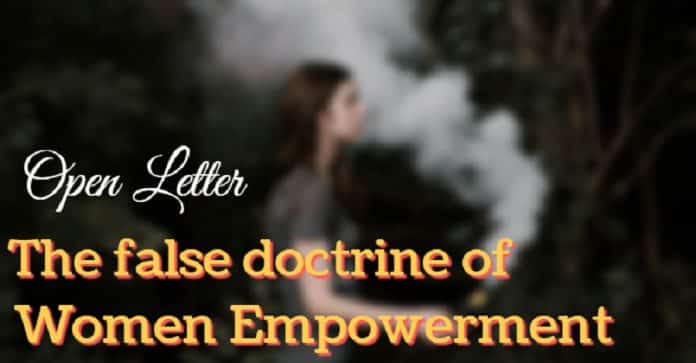 Respectfully and humbly, I would like to bring in your kind notice that it is the duty of every individual to highlight and to fight against the violations of women’s rights, harassment, molestation et cetera.

And, I would like to thank you for showing your kind concern about the women’s rights in my motherland Kashmir. But I, as a young Kashmiri have issues the way you are portraying it.

Most of you are from India or from Kashmir living in India or other parts of the world. Keeping in mind the increase in the number of rapes in India with every passing day, I understand how its influence be on humanity and literally, such a heinous crime is intolerable in all ways.

Believe me, the situation here in Kashmir is 180° (anti-parallel) to what is happening in India. The case of Kashmir is totally different than India when we talk about the women’s rights violations.Is there anything more painful for a woman than rape? Of course not.

Is there anything more painful for a woman than rape? Off course not. I believe that molestation is the highest degree of women abuse or her rights’ violation. Rape is more than death for her.

Respected authors, I know the situation in India is very critical. The rapes or molestation happen almost every minute.

Here are the reports I read on some news portals:

“In India, a woman is reportedly raped every 15 minutes!” Multiply that by 24×7, 365 days a year, and keep in mind the majority of rape cases still go unreported.

The statistics on crime against women is even worse: “Every 2 minutes, a woman in India is a victim of a crime. This ongoing issue with violence against women raises the real and serious question of whether India is truly ready for a seat on the global table.” (The Daily Beast)

At least 34,651 cases of rape were reported across India in 2015, statistics released by the country’s National Crime Records Bureau (NCRB) have revealed.

“The figures showed that the victims ranged from female children, younger than six years old, to women over 60 years, with those aged between 18 and 30 reporting the largest number of rape attacks – totaling almost 17,000.” (Al-Jazeera)

When I search ‘Rapes in Kashmir’ via Google, I found like Kunan-Poshpora rape case, Asiya-Nelofer rape case et cetera by Indian forces. What I mean is that women are safest here in Kashmir (if they don’t fall prey to Indian forces).

In Kashmir, women from any part of the World can move freely and safely. There is no fear of being raped or molested. We Kashmiris even consider Optical Molestation (self-generated term by which I mean to stare at women with an evil mind).

For your kind information, here women are on equal footing to men. They drive scooties, cars, bikes et cetera. Some drive wearing, some without hijab. Here, women are employed in various high paying jobs too. There are almost equal number of men and women in offices.

Respected authors, I did the comparison between the crimes against women in India and Kashmir just to put forward my opinion. I want to make it clear that women are safer in our culture and in our ways of living.

If you seriously care about the women’s rights, suggest your fellow countrymen to let us free and let us live the way we want.

For those authors who are from Kashmir, I suggest to introspect. May I ask you what do you seriously mean by women empowerment?

Do you want us to wait for the same situation to unfold here as is happening in India – molestation and rapes.

Some of the articles, I read, were written by some respected female writers. For them, I would like to say that the freedom of women certainly doesn’t mean the way you think.

Everyone has his own perception and opinion. We must respect each other’s opinion and perception.

You can’t conclude the way you live or prefer to live is better for all women. The cultural agression and religious agression are different than women empowerment.

Let me conclude with the sayings of Iqbal and Jawharlal Nehru.

”I lead no party; I follow no leader. I have given the best part of my life to carefull study of Islam, its law and polity, its culture, its history and its literature.” – Iqbal

“Culture is the widening of mind and of the spirit.” – Jawaharlal Nehru