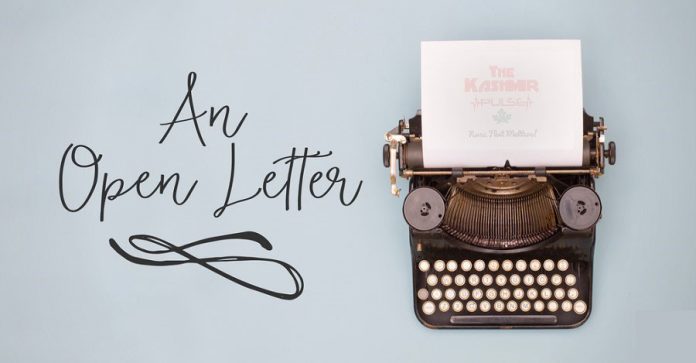 Sir, most entreatingly and respectfully, I am instituting before your official position this missive wherein I am bringing to your notice “the unnatural and slanted assessment” that the Optional Subject of Anthropology has been subjected to in KAS Mains Exam over the past few years in general and this year in particular.

As it so fares, that I am impelled by compelling reasons to constitute before you this dysphoric missive stating the already-obvious privileged-discrimination the subject of Anthropology has received.

Sir, if you canvass this year’s final merit list, you will be startled to find out that most of the candidates who have qualified the exam had Anthropology as one of their Optionals and who qualified with Anthropology subject have got surprisingly record-high marks (the official statistics is already with you for proof).

We may presume, they have worked intelligently hard to achieve such a milepost but then their other Optional(s) speak a different language. For example, one of the toppers has managed to get 385 in Political Science (average) while in her Anthropology subject, she has got 543 (record). Another topper has got 422 (normal) in his first Optional while in Anthropology, he has got 509 (record). Likewise, there are so many startling marks-wise deviations between Anthropology and other subjects. From the above stated deviations, we ratiocinate the following conclusions:

2. The paper of Anthropology had been amazingly easy and thus everyone managed to score well or

3. Most of the aspirants had Anthropology because it is known for fetching record marks or

4. The Anthropology evaluator had been awesomely big-hearted and thus made sure everyone got above 500 marks.

Sir, it is out of extreme anxiousness that I tripped to take recourse to this open letter. I, like most of the students, have put my entire energy, mental and physical, into the preparation. While I am supremely confident that hard-work pays but only when merit doesn’t become a causality under the brutality of partiality shown to any ONE subject.

I am hopeful that you will look into the matter and see to it that Anthropology doesn’t receive an unnaturally sympathetic eye of a super charged extravagant evaluator, while the other subjects are drip-fed.

Sir, let each subject be, individually, just one among the equals. That, if is to be done, is done by denying Anthropology the privilege that it has been receiving over the years and let everyone compete in an unbiased ecosystem of equity. I know the gateway to merit is JKPSC and I shall continue believing that, but only when Anthropology is denied the prerogative gate-pass and made equal with other subjects.

Moreover, this primus inter pares status to Anthropology has now created an abnormally high demand for the subject magnetizing almost all the students towards it. Consequently the over and over encouragement to Anthropology and discouragement to other subjects will negatively impact the academic trajectory of the other disciplines (here I am sure the experts in universities will agree with me). And if the trend continues, all future civil servants will be Anthropology students, and accordingly we shall have no diverse civil service but Anthro-service.

Sir this letter is, originally intended, not for publicity but for your unbiased rational eyes; so I shall remain incognito and hope you allow me that liberty. Thank you!