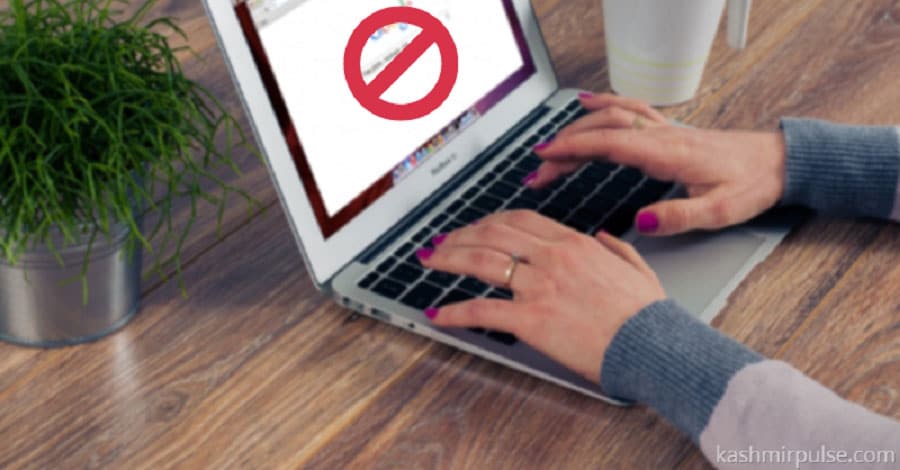 Srinagar: Internet is a key requirement in contemporary times, from information to entertainment everything is available online. The disassociation of users with internet is an impossible thought as people of the state of Jammu and Kashmir are one of the top ten consumers of data services in the country. The ramifications of the internet gag in Kashmir are, thus, devastating for business dealings as well as ordinary communications among people.

The Kashmir conflict has witnessed authorities blocking mobile networks and putting internet in shackles by shutting down cellular and broadband data networks across Kashmir.

The government blocked internet on the eve of Parliamentary elections on 9th April, kept restrictions on mobile data while restoring broadband connections on 11th April.

General public, more particularly youth can be seen agitated by the move and are demanding government to put an end to such a censorship.

There are numerous discussions happening over the internet gag in Kashmir that does not only cut off communications within the valley but also disconnects thousands of people trying to connect back home from around the world.

As banning access to internet elsewhere would be considered illegal and out of question, in Kashmir it is passed as public safety measure to minimize the threat of the state being toppled via Twitter Hashtags and Facebook’s Change Your Profile Picture campaigns.

The most affected by this restriction are businessmen who have to maintain data exchange outside the valley. Software companies and service providers are closing down gradually with no hope in sight. The only option that remains with them is to move outside the valley.

ALSO READ
Mobile Internet to be restored tonight in Kashmir

Many top Kashmiri brands have already moved their offices outside the valley. Kashmir is no longer the best choice for startups due the constant threat of disruptive internet blockade.

“I shifted my office to New Delhi in 2016 after huge losses in my business. I had no other option but to move outside Kashmir. I don’t think I will return back to the valley. More and more businesses are relocating outside Kashmir due to the internet jape there”, said Aabid Lone, who runs a Call Center in Delhi.

There is not much that does not require internet to process nowadays, even relationships have taken a heavy toll due the halt in communications. The depressive data blockade has ruined many love stories and has devastated countless lives as Facebook and Instagram no longer refreshes newer feeds. Youth feel isolated and irked by the state blocking the internet as it is not lesser than blocking food and water for them.

“The reality is that ever since the internet gag in Kashmir, I felt incomplete and restless. I was not able to keep connect with my internet friends! I don’t go well with people around me. If this continues, I might end my life. I don’t want to live in this hell!”, said an internet addict.

Media has been worst hit by the internet gag in Kashmir. Timeliness and the accuracy to verify the news via multiple mediums is highly disrupted when an essential tool like internet is no longer there for assistance. Some portals that are known for copy/paste journalism have no sources and bylines to highjack, and citizen journalist who virtually toured us through the incoming flood threat on Facebook LIVE wishes more days of internet.

“My news portal used get thousands of hits and my YouTube channel made money for me daily. Ever since the ban, the views have dropped. I will have to redo all the work to build the audience again”, said a news portal Editor.

The frustration among the young is visible. Many were spotted playing ‘Gali Cricket’ while others were seen testing their luck to catch an open broadband WiFi signal somewhere.

“I am so disturbed by this internet ban, I have been continuously taping on the internet icon on my phone since morning hoping for it’s return. Do you know when it will be back again?”, asked a 20 year old user, Aiman Shah.

As the move seems crude, the government claims the internet gag is to avoid any assembly of protesters through online communications, which results in violence but surprisingly the latest gag had some concessions as calling and messaging services were spared.

If the disgruntled keyboard warriors pinch the government further, Kashmir might turn into a dark quagmire inaccessible to the virtual world soon!