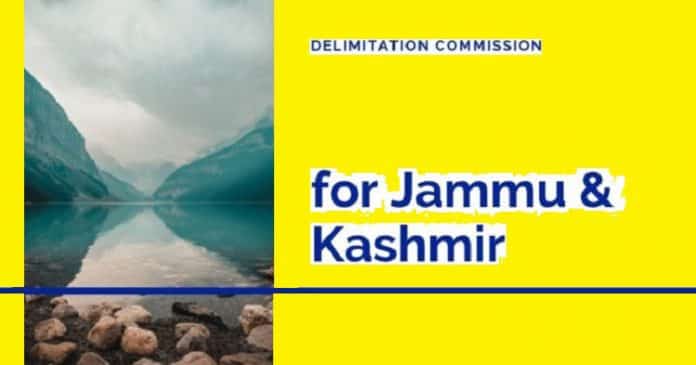 SRINAGAR — The two-year-long delimitation process for Jammu & Kashmir concluded on Thursday with a three-member panel tasked for the exercise unveiling the final electoral map of the Union Territory.

Headed by former Supreme Court Judge Justice (retired) Ranjana Prakash Desai, the Commission came up with the final delimitation order after holding its meeting. The order came into effect today with its publication in the Gazette of India.

As per the new electoral map, a copy of which is available with the news agency Kashmir News Observer (KNO), out of the 90 Assembly constituencies of J&K, 43 will be part of Jammu region and 47 for Kashmir.

The Commission has also unveiled boundaries of five Parliamentary seats of Jammu and Kashmir, one of which has been carved out by combining Anantnag region in the Valley and Rajouri & Poonch of Jammu region.

The Commission said most of the representations regarding the change of names of the proposed constituencies were accepted by it in view of the public sentiment involved in the same.

“Additionally, there were some requests for minor changes in the territorial jurisdiction of proposed ACs, which were thoroughly analysed by the Commission and a few of them, which were logical, have been incorporated in the final order,” the panel said.

The delimitation commission has recommended to the Central government to make provision for the nomination of at least two members from the community of Kashmiri migrants in the Legislative Assembly of Jammu & Kashmir Union Territory.

As per the news agency Kashmir News Observer (KNO), in its report, the panel has recommended to the Government of India make legal provisions for the nomination of at least two members (one of them must be a female) from the community of Kashmiri migrants in the Legislative Assembly.

As per its recommendation submitted to the Central government, the Commission has said these members may be given power at par with the power of nominated members of the Legislative Assembly of the Union Territory of Puducherry.

In the Legislative Assembly of Puducherry, the Central government has powers to nominate three MLAs and their powers are similar to elected legislators.

According to the panel, during the public hearings, it received a number of representations from the Kashmiri migrants and the displaced persons from Pakistan occupied Jammu and Kashmir.

“The delegations of Kashmiri migrants represented before the Commission that they were persecuted and forced to live in exile as refugees in their own country for the last three decades. It was urged that in order to preserve their political rights, seats may be reserved for them in the Jammu and Kashmir Assembly and Parliament,” reads the statement issued by the panel after unveiling its final report.

The Commission also said the displaced persons from PaJK also requested it to reserve a few seats for them in the J&K Legislative Assembly.

The mainstream political parties in Jammu and Kashmir here have expressed resentment against the final report tabled by the delimitation panel about the delimitation of constituencies here in the Union Territory.

National Conference (NC) in a tweet said that they are studying the implications of these recommendations for individual Assembly constituencies.

“We have seen the final recommendations of the Delimitation Commission. We are studying the implications of these recommendations for individual assembly constituencies. No amount of gerrymandering will change the ground reality which is that whenever elections are held the voter will punish the BJP & its proxies for what they have done to J&K over the last 4 years,” JKNC tweeted.

Peoples Democratic Party (PDP) in a statement said that the party from day one has looked at the delimitation exercise as an extension of the process started on August 5, 2019 to disempower people from a particular community and a region.

“The final draft has proved our fears right again. The GoI has used or misused independent institutions to turn the electoral majority into a minority by using geography and access as a ruse. It will be for the first time in the electoral history of the country that elections are being rigged long before the first vote is cast. It’s another sad chapter of history written by the rulers sitting in New Delhi,” PDP spokesman said.

In a statement issued to the news agency Kashmir News Observer (KNO), Peoples Conference (PC) said that the delimitation report is a repeat of the past. “Same traditional entities are calling the shots behind the scenes. Kashmir has been discriminated against as in the past. No change. Only the degree of disempowerment is greater,” the statement said.

“Over the last six decades, Kashmir’s share of Assembly seats in the J&K Assembly increased from 43 to 47 while Jammu’s share rose from 30 to 43. Who is responsible for the systematic disempowerment of Kashmiris since 1947? Those who aided and abetted in the journey from Jammu’s 30 to 37 are the ones who aided and abetted from 37 to 43,” the statement said.

The statement further said that the PC had hoped that Kashmiri parties stayed away and not diluted the stigma associated with a people-less process, which was essentially a tool for the disempowerment of Kashmiris.

CPI (M) in a statement said that the Delimitation Commission has submitted its final report despite Constitutional freeze on the increase or decrease of Parliamentary or Assembly seats.

“Though the Delimitation Commission was constituted under the Delimitation Act of 2002 but has re-drawn the constituencies of UT of JK in accordance with the provisions of J&K Re-organisation Act 2019 which has been challenged in the Supreme Court. The said Re-organisation Act modified the law of enfranchisement of J&K. Voting rights for the State Assembly which were restricted to only permanent residents have been extended to non-state subjects also. The exercise is bound to disempower the people of Jammu and Kashmir in the long run,” CPI (M) said.