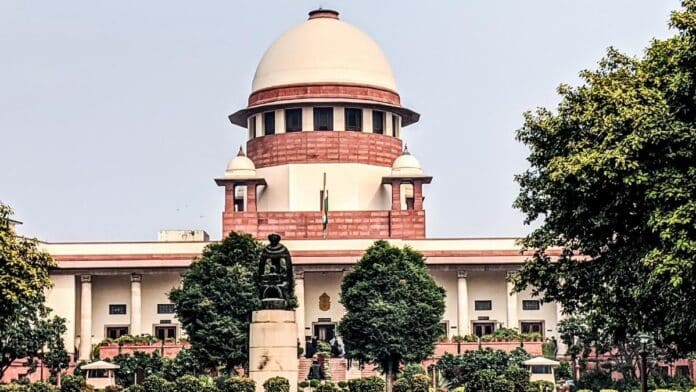 The petition also sought to declare that the notification dated March 6, 2020, constituting the Delimitation Commission to take up delimitation in the UT of J-K and states of Assam, Arunachal Pradesh, Manipur and Nagaland by government and consequential omission of Assam, Arunachal Pradesh, Manipur and Nagaland from the process of delimitation vide notification dated March 3, 2021, and conducting delimitation only for Union Territory of Jammu and Kashmir is unconstitutional as it amounts to classification and violates Article 14.

ALSO READ
Delimitation: Can’t be part of anything which we opposed before SC, says Masoodi

The petitioner said that it is clearly stated that the total number of existing seats in the Legislative Assemblies of all states, including UTs of the National Capital Region and Pondicherry, as fixed based on the 1971 census shall remain unaltered till the first census be taken after the year 2026.

“If August 5, 2019, was to unite Jammu and Kashmir State with the rest of India, then delimitation process defeats “new order” of ‘One Nation One Constitution’ in the country. While Article 170 of the Constitution of India provides that the next delimitation in the country will be taken up after 2026, why has the UT of Jammu and Kashmir been singled out?” the petition asked.

According to the petition, the union government, Ministry of Law and Justice (Legislative Dept) issued a notification on March 6, 2020, in the exercise of power under Section 3 of the Delimitation Act, 2002, constituting a Delimitation Commission, with Justice (Retd) Ranjana Prakash Desai as Chairperson, for the purpose of delimitation of Assembly and Parliamentary constituencies in the Union Territory of Jammu and Kashmir and the state of Assam, Arunachal Pradesh, Manipur and Nagaland, for a period of one year.