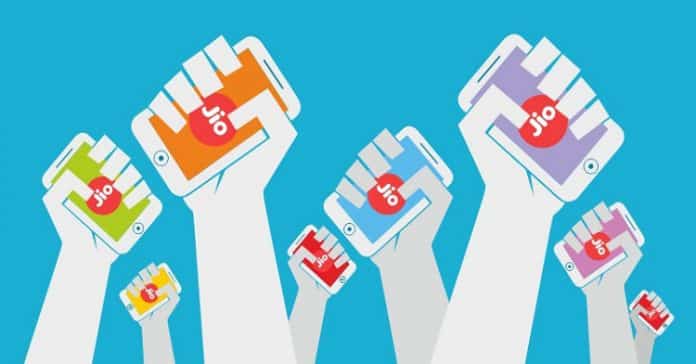 New Delhi: Reliance Jio has extended its Prime membership benefits for another year. The service will be complimentary for existing Prime users, which means they will not have to pay any additional fee to continue using Prime programme benefits.

Those who wish to join Reliance Jio’s Prime scheme can do so by paying Rs. 99. New Jio Prime members can join on or after April 1.

The company is also planning to bring new benefits under the Prime programme, details of which are unclear at this moment.

Reliance Jio’s existing Prime members will have to download MyJio app and express their interest to get the complimentary membership for the next 12 months. This is a limited period offer says Reliance Jio, though it has not given any confirmed date for the same.

Jio Prime membership gives users additional benefits over non-Prime members like more data at the same price, and more. Additionally, all Jio subscribers get access to free voice calls and SMS as well as access to Jio’s suite of apps.

Reliance Jio Prime membership was announced last year by the company and gives users access to suite of Jio apps for free. This includes 550+ live tv channels on the JioTV app, access to 6000+ movies via the JioCinema app and access to music via JioMusic. There’s also 7 days catch-up of Live TV available for Jio Prime members, along with other benefits.

How can a user claim the Jio Prime membership for free for the one more year?

Download the Reliance MyJio app on your smartphone. This needs to be the phone with the Jio SIM inserted in it.

Once a user is signed in, they can then open the app and express interest in extending the Jio Prime membership for one more year.

We opened the MyJio on an Android phone, where it shows the Jio Prime membership will automatically be renewed at a particular time and date, which is March 31, 2018 for us. So it looks like users who have the membership and the app on their phone will not have to worry about doing anything extra.

Once this is done, the Jio Prime membership will be renewed for 12 months on a complimentary basis by the company. The Jio Prime benefits will continue for the user for the next one year.

Remember the free membership is only for those who had claimed this Prime scheme last year. All new members who buy a Jio SIM will have to pay Rs. 99 for the Prime membership.