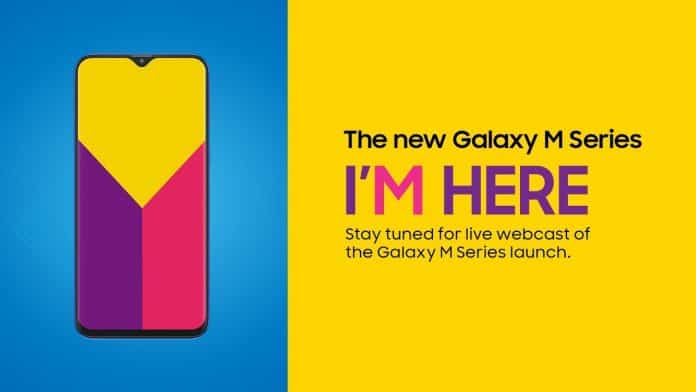 NEW DELHI — After a successful launch of two India-first Galaxy M-Series smartphones in India in January, Samsung is geared up to launch the Galaxy M30 for a starting price of Rs. 15,000 in February.

Industry sources told IANS on Thursday that the sale of Galaxy M30 with a triple rear-camera system and a massive 5,000 mAh battery will begin in the first week of March.

The company currently offers two Galaxy M-Series phones — Galaxy M10 and Galaxy M20 – in the country, which would make the Samsung Galaxy M30 the third member of the series.

ALSO READ
Samsung Galaxy A31 launched in India for Rs 21,999

Samsung M30 — Price & Specifications:
Samsung will bring Super-AMOLED Infinity V display to the Galaxy M30, making it a power-packed offering for young millennials. The phone will powered by the latest Exynos 7904 processor.

Samsung India in January launched Galaxy M20 and Galaxy M10 smartphones at a starting price of Rs. 10,990 and Rs. 7,990, respectively, to take on Xiaomi’s budget Redmi-Series in the country.

Both the phones were a complete sell-out on Amazon India on February 5, making an “unprecedented” first day sale record for the South Korean tech giant.

The company has held three flash sales for the two phones since and the fourth one is scheduled for today on Amazon India and Samsung Online Shop.