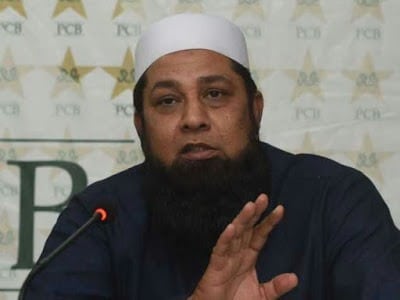 Islamabad: Reports suggest that former Pakistan skipper Inzamam-ul-Haq will become the chief selector of the PCB soon. Inzamam had earlier served as the coach of the Afghanistan national cricket team.

Further reports go on to suggest that Inzamam will be enduring a pay cut of almost 4 Lakh rupees should he trade in the PCB job as opposed to the Afghan coaching job.

According to reports the PCB, Inzamam reached a deal after he agreed to lower his monthly salary to 8 lakh rupees from the 1.2 million, he was getting from the Afghanistan board.

PCB chairman Shahryar Khan also released a statement regarding the appointment of Inzamam-ul-Haq to the position, clearing the air regarding the contract he previously had with the Afghanistan Cricket Board.

“He is our choice given his vast experience and the board has reached an agreement with Inzamam after the Afghanistan board agreed to release him,” Khan said.

Inzamam’s name for the position of national selector comes as a surprise, especially with names such as former Test players Mohsin Khan, Iqbal Qasim and Moin Khan tipped for the position.

Apart from captaining the Pakistan team for almost a decade, Inzi is a veteran of 120 Tests and 398 ODIs. Khan also added that Inzamam-ul-Haq would be allowed to pick out his team of selectors with complete autonomy. He will also be tasked with the selection of panel members.

Inzamam, who last year signed up with the Afghanistan team as their head coach, has enjoyed success with them as the team upset the eventual champions, West Indies in the group matches in the recent World T20.

“We opted for Inzamam-ul-Haq as we wanted to bring in someone who had played modern day cricket and who commanded total respect in the cricket circles,” Khan added.