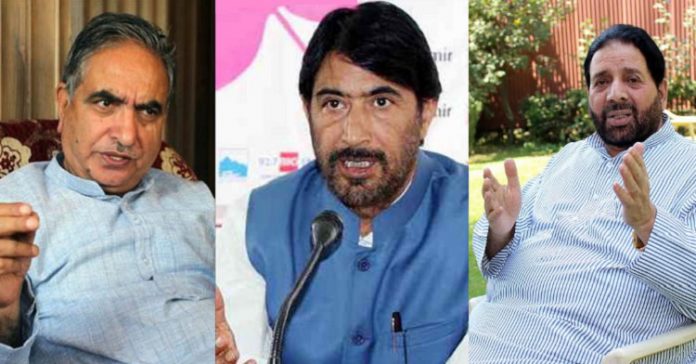 Mir said that the tall claims of the government over peace in the state are proven hoax on the ground as the civilian killings goes unabated in the Valley.

“The civilian killings must be stopped at earliest,” he said.

He said that the forces should exercise maximum restraint while dealing with the unarmed protesters. “The loss of lives can’t be compensated,” he said.

In a statement to KNS, Hakim Yasin said, “The killings are highly condemnable. Only the families of those killed can understand the pain and sorrow. It is unfortunate that every time people of Kashmir especially youth have to pay price for the misdeeds of ruling class.”

Demanding an impartial and time-bound probe into the incident, he said, “The guilty must be punished and a mechanism evolved so that such incidents aren’t repeated in future.

We have been saying from the day one that unless the vexed Kashmir isn’t resolved according to the aspirations of people of the state, peace can’t return.

However, the present governments at the center and the state are giving deaf ear to the pleas of those aspiring for peace,” he said. (KNS)