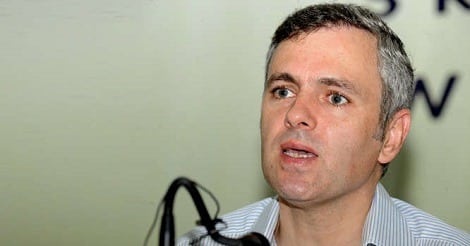 Terming the incident as unacceptable and grave, Omar Abdullah sought immediate and strict action against the erring Police Officers.

“The MLA’s vehicle was stopped by the Police and he was subjected to harassment despite being identified as a legislator. This is a clear case of brazen contempt and disrespect being shown towards the Legislative Assembly and doesn’t bode well for the institutions of democracy in the State,” Omar Abdullah said in a party statement this evening.

The NC Working President said the State Government should focus on dispensing at least its basic duties rather than using the State machinery to further its retributive political agenda. “The priorities of our Chief Minister and the State Government are clear and evident and sadly it seems they would much rather focus their attention on illegitimately harassing legislators of the principal opposition party rather than deliver on their promises,” Omar Abdullah further said.

“While MLA Homshalibugh will file a privilege motion in the Legislative Assembly, the Speaker if not the Chief Minister herself should have taken suo moto cognizance and initiated an inquiry into this matter of grave and unpardonable impropriety. Since the Chief Minister holds the charge of the Home Ministry, she is also bound to take immediate and visible disciplinary action against the erring police officers pending a final resolution of the issue based on the follow-up to the privilege motion. Any laxity or complacence in taking the erring police officers to task would indicate patronage to such behaviour from the highest levels of the government,” the NC Working President added.