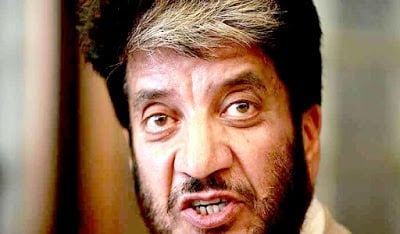 Shah is currently admitted in SKIMS Soura after he suffered a minor cardiac arrest on Sunday.

In a statement issued to KNS, he said VK Singh’s remarks are misleading and suggested him to go through the history. “The statement is far from reality and is a deliberate attempt to mislead masses,” he said.

“In all the dialogues between India and Pakistan, it has become clear that besides other mutual issues, the Kashmir has been a core issue between the two nations. The same issue triggered three wars between the neighbouring nations and continues to be reason for border skirmishes,” Shabir Shah said.

Shah said the people of the disputed state of Jammu Kashmir are yet to decide their political future. “So, the forged definition regarding the citizenship of Kashmiris put forth by VK Singh is unacceptable for the people of J&K,” he said.

DFP chairman said there are three parties to the Kashmir dispute in which India is a usurper. “VK Singh must know that Kashmir is not Delhi or UP but has its own identity and has never been part of India. He must answer what is the relevance of Lahore or Shimla agreements before the 18 resolutions that stand passed in the United Nations Security Council,” he said.

ALSO READ
Our fight is for Kashmir, not against Kashmiris: PM Modi

Shah said India by adopting a stubborn approach vis-à-vis Kashmir will yield nothing as people of Kashmir won’t compromise over the lakhs of sacrifices rendered for the freedom of their nation.

“Also, Indian state must bear in mind that the oppressive and suppressive measures can’t break the resolve of Kashmiris,” he said. (KNS)