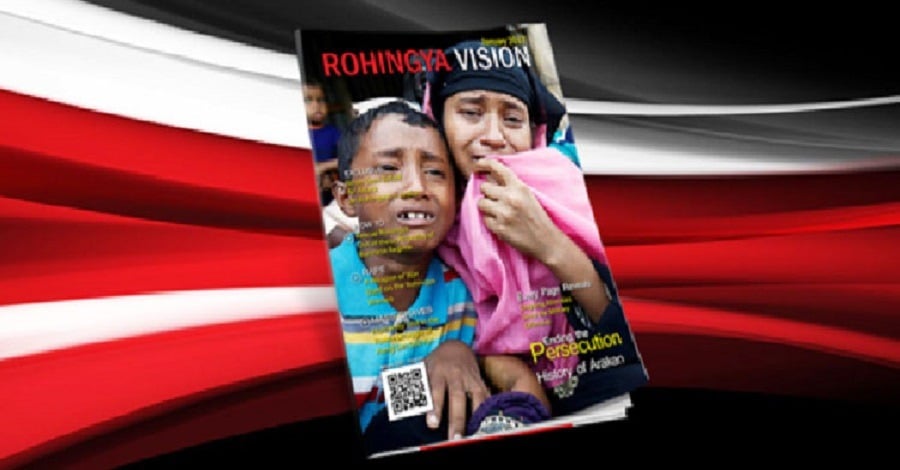 RVision is a channel, first of its kind for oppressed Rohingya’s. It is documenting the persecution of the Rohingya Muslims by the Burmese (Rakhine) State and bringing the true face of their suffering to the world.

As a standalone, RVision TV Channel is the only indigenous, multilingual broadcasting channel that is revealing true facts about the ongoing atrocities on Rohingya’s in the Arakan (Rakhine) State; the Burmese government has been allegedly involved in fabricating the news stories since the beginning of Rohingya genocide.

The channel broadcasts in Rohingya, Burmese, Arabic and English, and has been able to reach wider audience globally. “The Burmeese (Rakhine) State is subjugating the Rohingya’s to brutal torture, rape and killings. RVision is a channel committed to give voice to the unheard stories of oppressed Rohingyas. They are one of the most persecuted people of the world, yet it stays largely under reported and the state has been distorting the facts, implementing media censorship and persecuting journalists who try to document the atrocities committed by the Burmese regime,” said one of the editor’s at RVision TV in an exclusive e-mail interview.

The Rohingya Vision TV was founded by a group of intellectual Rohingya youth in Saudi Arabia on 21st April, 2012. The persecution of the Rohingya ethnic minority is nothing but a systematic and institutionalized persecution implemented by different Burmese regimes since 1962. Yet, the world has been largely unknown to the decades-long government persecutions.

The motive behind the creation of the first ever Rohingya TV Channel was to become the World’s Rohingya Voice; to give a voice to the voiceless; and to amplify it. The Burmese regime has been denying the citizenship rights to the Rohingyas.

RVision TV was founded on 21st April 2012, however, the channel became fully operational as the government started violence against the Rohingya in June 2012. By 2017, RVision TV is one of the leading news channels reporting on the Rohingya and has gained popularity worldwide by reporting in detail about the ethnic cleansing of the Rohingya Muslims on the hands of the Burmese government.

RVision is satellite-run and caters its social media users through its YouTube Channel as well. It broadcasts through NileSat from Cyprus. It utilizes multiple platforms of the SNS (Social networking sites) such as Facebook and Twitter to reach out to as many people as possible. The channel Head Office is in Malaysia and has branches in Saudi Arabia, Pakistan, UK and Cyprus as well.

Aarifa, a programme co-ordinator at RVision in the E-mailed conversation said, ”Correspondents are almost in every township in Arakan State who report daily on the events taking place in the region, while some are on rolls, most of the reporters have volunteered to work with the channel. Such is the state of threat for the correspondents of RVision that the channel has to contact its correspondents discreetly. This is for their security so that they are not persecuted for highlighting the daily brutal oppressive treatment by the Burmese regime.”

Reporting for RVision Channel is a very risky job for the correspondents and they are under constant watch of the Burmese armed forces and intelligence agencies. The Burmese authorities would arrest and imprison anyone if the logo of Rohingya Vision TV is seen on a vehicle or if the RVision News is in their phones, computers or any electronic device.

ALSO READ
Protest in Pulwama against killings of Rohingya Muslims

The Burmese government is responsible for brutal executions, rape, mass killings, forced disappearances, and burning down of Rohingya villages. Burmese armed forces along with the Rakhine extremists loot the villages of oppressed and marginalised Rohingyas. Reports suggest Myanmar has started to arm non-Muslim residents in north of Rakhine State.

RVision has enormous global viewership as audiences from all over the globe visit their official website daily. Their YouTube Channel broadcasts are mostly watched in Arakan (Rakhine State), parts of Myanmar, Bangladesh, Saudi Arabia, Malaysia, Thailand, India, Pakistan and around the world. The TV audience is limited to the Middle Eastern region.

About a million visitors visit per month on their website and more than 70,000 daily viewers on YouTube Channel, RVision is expanding every day. RVision has a strong presence on social media. RVision Satellite programs are watched in Middle East and North African countries as the NileSat is limited to the North African region.

However, RVision will soon be available in Myanmar and Southeast Asia as it is on the way to broadcast either from ThaiCom or AsiaSat. RVision aspires to expand the channel into a leading world media channel like BBC, Al Jazeera and CNN that will champion the Rohingya cause.