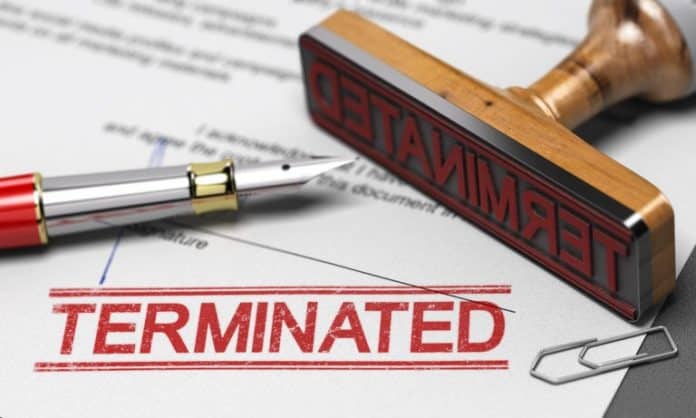 SRINAGAR — The government on Monday terminated two more teachers of School Education Department from the services for remaining absent un-authorizedly.

An order issued by the Director of School Education Kashmir (DSEK) said that these teachers have been remaining absent unauthorized from their legitimate duties.

In one of the orders issued by the DSEK, a copy of which lies with the news agency Kashmir News Observer (KNO), it states that one among the terminated teachers continues to remain absent un-authorizedly for more than a decade while another has been absent since 2018.

“One of the teachers posted at GHS Batmaloo, Srinagar remained un-authorizedly absent from her legitimate duties from March 01, 2011, and despite providing of enough opportunities to resume her duties by the Drawing and Disbursing Officer (DDO) concerned, neither she responded the notices nor resumed her duties,” DSEK said.

The order reads, “The absconding teacher was provided more opportunities by this office on April 19, 2021, followed by a joint show cause notice on July 07, 2021, wherein she was asked to present herself before DSEK along with statement of defense within seven days failing which action as warranted under rules shall be initiated against her without serving any further notice.”

The director said that neither the teacher presented herself before DSEK nor responded to these notices, indicating thereby that she is not interested to work in the department.

“Now, therefore, pursuant to the decision of the committee, the teacher is hereby removed from the Government service in terms of Article 113 of J&K Civil Services Rules (Volume 1) of 1956 and Rule 30(VU) of J&KCCA rules 1956,” it reads.

Similarly, another order issued by the DSEK said that a teacher posted at Ashpeer Baramulla has remained absent un-authorizedly since March 2018 and the designated committee has decided to remove the teacher from services.

Pertinently, with the termination of two more teachers of the School Education Department, the government in the past more than two months has sacked at least 30 teachers from the services for remaining absent unauthorizedly.