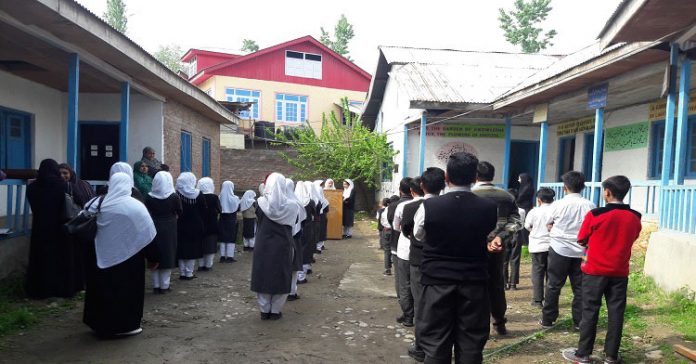 SRINAGAR — The Jammu and Kashmir government has decided to reopen the government schools for routine classwork from March 02.

Notably, the winter vacation for schools up to higher secondary level in Kashmir and winter zones of Jammu ended on February 26 (Saturday) following which the schools were expected to reopen from February 28 (Monday).

However, the State Executive Committee (SEC) had earlier ordered reopening of schools after February 28 in Kashmir and winter zones of Jammu division.

“The SEC has ordered reopening of schools after February 28 and March 01 is a holiday. So, the first working day in schools will be March 2,” Singh said as per Greater Kashmir.

Notably, the higher educational institutions and schools in Jammu reopened for routine schooling in a phased manner from February 14.

Meanwhile, the School Education Department is preparing for reopening of schools in the Valley as well. Also, the majority of the private schools have already notified their schedule to reopen the institutions in a phased manner.

The schools have decided to resume routine schooling for higher classes from March 02 while the junior classes will resume offline classwork a week later.

The schools have been asked to ensure smooth transition of students from online mode to offline mode by creating  a favourable environment for the students in the schools.

The schools have been asked to adopt a fun way of learning for students in schools for the first two weeks instead of rushing for home assignments and unit tests.