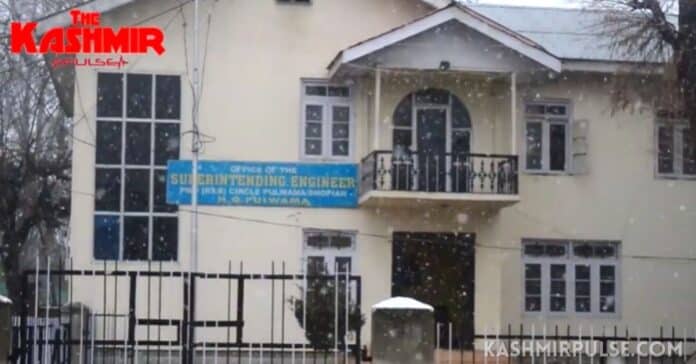 SRINAGAR — In absence of Executive Engineer, Rural Engineering Wing Pulwama, contractors who are working for the Rural Development Department are suffering.

Contractors from different areas of Pulwama told news agency Kashmir News Observer (KNO) that the Executive Engineer of the Rural Engineering wing was tested positive for COVID-19 some 10 days back but the authorities haven’t given his charge to any other official.

“All our estimates and other important documents regarding our works are lying in the department but there is no one to sign them,” they said.

Contractors said that as Chilla-e-Kallan is coming and they are trying to complete their works at an earliest but in absence of the Executive Engineer, they are unable to do anything.

“I have been visiting the office of Executive Engineer of the Rural Engineering wing for the last several days but had to return empty handed as the official is in home isolation after testing positive for COVID-19,” said one contractor.

“I have completed just a single work this year but have to wait to get the payment as the bill isn’t being signed,” he said.

Contractors said some of them have already completed their works and formalities but they are waiting for the payment as their bill needs the final signature of the Executive Engineer. “If authorities will give charge to any other official for a few days till the existing official will recover, this issue can be resolved,” they said.

“We request concerned authorities to look into the matter at an earliest and give charge to any other official for a few days so that we can heave a sigh of relief,” contractors said.