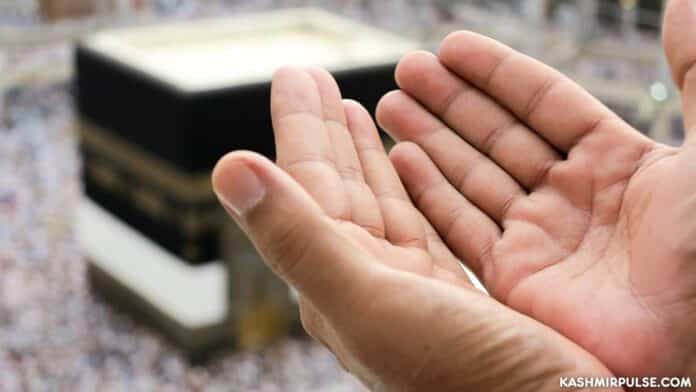 SRINAGAR — Saudi Arabia will remove COVID-19 restrictions for the 2023 Haj season and host pre-pandemic numbers of pilgrims, the kingdom’s Ministry of Haj and Umrah said.

In 2019, the last year before the pandemic struck, some 2.6 million people performed the Haj. The kingdom allowed only limited numbers of its residents in 2020 and 2021 before it welcomed back one million foreign pilgrims in 2022.

The Ministry of Haj said in a tweet that the kingdom will impose no restrictions, including age limits, for this season.

Access was restricted in 2022 to pilgrims aged 18 to 65 who have been fully vaccinated or immunized against the Coronavirus and did not suffer from chronic diseases.

Haj season is expected to begin on June 26 in 2023. Haj is a major source of income for the government from worshippers’ lodging, transport, fees and gifts. Over the years, the kingdom has spent billions of dollars on making one of the world’s biggest religious gatherings more secure.

An economic reform plan of Crown Prince Mohammed bin Salman aims to increase Umrah and Haj capacity to 30 million pilgrims annually and to generate 50 billion riyals ($13.32 billion) of revenues by 2030.

Meanwhile, over 1.75 lakh Indians will perform Haj this year. Minority Affairs Minister Smriti Irani said that India has signed the Haj 2023 bilateral agreement with the Kingdom of Saudi Arabia.

In a series of tweets, Ms. Irani said, over the last two months, her Ministry has had extensive consultations with all stakeholders. She said India’s Haj Policy 2023 will be announced in the next few days.

The Minister extended gratitude to the Kingdom of Saudi Arabia for the Haj quota of one lakh 75 thousand 25 to India. Ms. Irani said the government will extend all its support for the success of Haj 2023. She said the portal of the Haj Committee of India will be open for online applications.

Ukraine accused of attempting to breach border with Russia

We live under constant fear, say Kashmiris stuck in Kabul