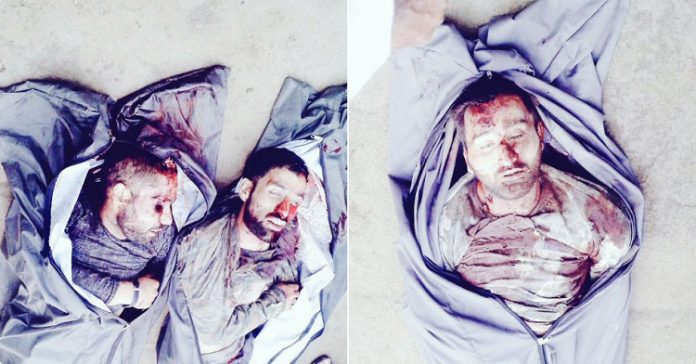 Srinagar: The Budgam gunfight in Radbugh village of the district in central Kashmir ended on Wednesday with the killing of all three militants trapped inside the cordon, police said.

An official said that the militants were killed when forces targeted the house they were trapped in.

“They were killed outside the house after they came out and tried to break the cordon,” he said.

He said the deceased militants – identified as Javid Sheikh, a resident of Churpora Narbal, Dawood, a resident of Mustafa Abad Zainakote and Aaquib Gul – belonged to Hizbul Mujahideen militant outfit.

ALSO READ
Army recruitment rally for Valley districts from May 27

The gunfight, he said, erupted last night after Army and SOG of Jammu and Kashmir Police cordoned off Radbugh village in Bunmakhama area of Magam.

“As the forces approached the suspected spot, the militants hiding there, opened fire, triggering off an encounter,” he said.

Three weapons have been recovered from the gunfight site, said the official.