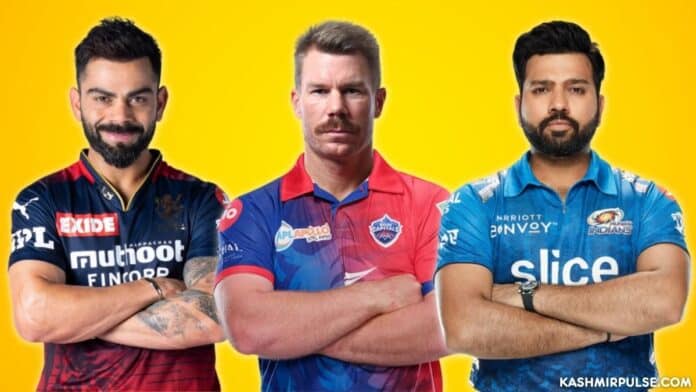 Cricket is without a doubt India’s most revered sport, and the development of the IPL has revolutionized the game even more. The league has developed rapidly since its inception – has produced several cricket legends through the years.

Cricket has been around for a very long time, as history suggests that its origins can be traced way back to the 16th century. The sport has rapidly risen in prominence in the modern age and is now among the most prominent sports worldwide in terms of a massive fanbase. India, in particular, has long been associated with cricket, with fans in the country accounting for up to 90% of the sport’s global followers.

Without a doubt, no sport in India is as adored as cricket. It is often referred to as a national obsession and religion as many Indians are immensely passionate about it. This is evident in the prominence of the Indian Premier League (IPL), the country’s top cricket league, which has significantly grown in popularity since its inception in 2006. Today, the IPL ranks sixth amongst sports leagues worldwide in terms of attendance.

The IPL has created a lot of hype in recent years. Cricket fans speak about the league games a lot, spend hours watching them, and even indulge in cricket line betting to earn real money. The IPL is indeed one of the most significant leagues across the globe. It unifies Indians, and the fact that it accounts for a substantial percentage of India’s sports economy paints a clear picture of the game’s influence. This influence has also been displayed in how Indians have traditionally considered their favourite cricket stars as heroes and sometimes demi-gods.

The IPL has evolved throughout time and has featured a large number of Indian as well as international cricket stars. In reality, every professional cricketer aspires to compete in the IPL someday as it has become a breeding ground for bright and highly skilful cricketers. Since its inception, the league has completely changed the scope of cricket, particularly in India. The tournament has always dominated in income, quality, and the development of youthful talents. It has hosted several cricket legends, and with each passing season, we see more of these brilliant talents emerge. Let’s talk about some of the most renowned batsmen in IPL history.

There is no denying that Warner is indeed among the best IPL cricketers in history. The Australian batsman, throughout his career, has been very consistent, always making an impact in big games. He consistently hit over 500 runs in five straight seasons, an outstanding record, to say the least. Warner made his IPL debut with the Delhi Capitals and went on to have a very successful IPL career, hitting over 5000 runs so far. One peculiar attribute of Warner was his exceptional leadership abilities. As captain, he guided the Sunrisers Hyderabad successfully to the IPL championship in 2016.

The Indian skipper needs no introduction. As far as Indian cricket is concerned, Virat Kohli is an icon, one of cricket history’s best batsmen. The erstwhile captain of the Indian national squad made his IPL debut with the Royal Challengers Bangalore (RCB), where he became captain. However, despite his incredible success as a formidable batsman, Virat Kohli couldn’t lead the RCB to a single title throughout his tenure as a captain. To date, the RCB does not have a single IPL trophy to its name, although they became runners-up on three different occasions.

The Jamaican arrived and left a significant imprint with some very impressive records in the IPL. He is among the most formidable batters the IPL has witnessed. He was the only IPL cricketer in the history of T20 cricket to score over 14000 runs and strike over 1000 sixes, a record that appears unbreakable. Throughout his IPL career, he featured for the Kolkata Knights, RCB, and recently the Kings XI Punjab. He has featured in 125 games with a landmark of 4484 runs.

Suresh Raina is one formidable offensive middle-order batter who bats left-handed. He was the first player in the IPL to score 5,000 runs in his career. One of his most peculiar features is his reflexes and swiftness, to which only a few athletes come close. Suresh Raina was a vital member of every IPL team for which he played. He featured for the Chennai Super Kings (CSK) and Gujarat Lions and played a significant role in both teams, particularly in the CSK’s title triumphs in 2009, 2010, and 2018.

In terms of titles and accolades, Rohit Sharma remains among the most successful athletes in IPL’s history. He boasts of six IPL championships to his credit, four of which he captained. The right-hander is a technically sound batsman who is always a worry for the opposition because of the versatility he provides to his team. He is one of the most lethal openers, well-known for his distinctive pull stroke, which fans long to see on repeat. During his stint with the Mumbai Indians, he transformed the team into a dominant side. Rohit Sharma is indeed a legend of the game.

The IPL has developed to become a very well-known sports league, and over the years, the league has produced some international cricket legends who have enormous achievements on their belt. So, don’t forget to visit Parimatch for an exciting opportunity to bet on your favourite games.

Disclaimer: Betting involves risk. Please only bet with funds that you can afford to lose.