The phrase “marriage strike” refers to a trend among young men who do not want to marry because they are afraid of financial devastation through a divorce and false lawsuits. People protesting the idea started using the hashtag #MarriageStrike on Twitter, which is now trending.

The ‘marriage strike’ phenomenon is said to be fueled by men’s perceptions that marriage is a financial disaster for them, particularly during divorce settlements.

The Delhi Commission of Women released a survey in 2014, highlighting the fact that 53.2 per cent of all rape cases registered between April 2013 and July 2014 were found to be fake. Males’ rights advocates and others enthusiastically utilised this statistic to argue that women who spoke out about rape or sexual abuse were almost certainly lying or seeking retribution on men.

While some are seeking to repeal Section 375 of the Indian Penal Code, which protects men who compel non-consensual intercourse with their wives from criminal prosecution, others believe that if women have the authority to prosecute their rapists, men would be wrongfully imprisoned.

In 1869, the Indian Divorce Act was enacted into the Indian legal system. In India, divorce laws and procedures differ depending on the couple’s community. The Indian Divorce Act, 1869 governs divorce among Christians, while the Hindu Marriage Act, 1955 governs Hindus, Buddhists, Sikhs, and Jains, the Dissolution of Muslim Marriages Act, 1939 governs Muslims, the Parsi Marriage and Divorce Act, 1936 governs Parsis, and the Special Marriage Act, 1956 governs civil and inter-community marriages.

When a couple agrees to the divorce, the courts will accept a divorce with mutual consent under Section 10A of the Indian Divorce Act, 1869, which requires the couples to be separated for at least two years and that they have not been living together as husband and wife during that time.

Custody, support, and property rights for children must all be jointly agreed upon. There are three issues on which the spouses must reach an agreement.

Dissolution of Marriage or Divorce without Mutual Consent is also legal in certain conditions: Either through a petition by a husband or by the wife.

The Institution of Marriage

Marriage is defined as the legal position, situation, or relationship of one man and one woman, united in law for life or until divorced, for the discharge to each other and the society of the legal obligations imposed on persons whose connection is based on sex differentiation.

Marriage is a very old and popular institution in most regions of the world. It is widely recognised by society and faiths alike. It also features a number of rites and ceremonies aimed at strengthening the family system. It leads to a longer relationship until and until either the husband or the wife annuls it. Marriage is one of the oldest social institutions, and it also serves as a foundation for the civilizations that have flourished.

Marriage in India is regarded as a holy tradition with several rites, and Hindu beliefs hold that marriages are formed in heaven. However, in today’s society, marriage and relationships have taken on new meanings.

Modern marriage is contractual in nature. As a result, it embraces the concepts of equality and liberty. 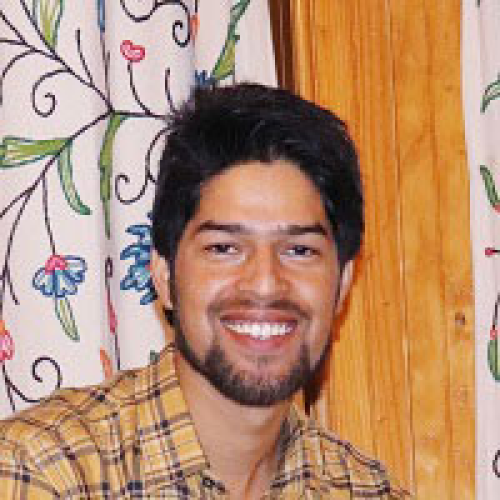 Aasif Ganaiehttp://www.aasifwrites.com
Aasif is the Editor at The Kashmir Pulse. He's a Web Developer, SEO Consultant. Interestingly, he is also a Post Graduate in Economics from the University of Kashmir.

Burglars looted cash and other stuff from seven shops among which six are medical stores in the Janglat Mandi area of south Kashmir’s Anantnag district.

In a significant move, the administration of Jammu & Kashmir has unveiled the draft rules for implementation of the Prohibition of Child Marriage Act in the UT.
Science & Technology

With Indo-Pak armies maintaining ceasefire along the Line of Control (LoC), at least 250 marriages have taken place in border villages of Kashmir.
Kashmir

Jammu and Kashmir Police said that a notorious criminal was arrested, who was operating a fake Twitter account in the name of IPS officer Tanushree.