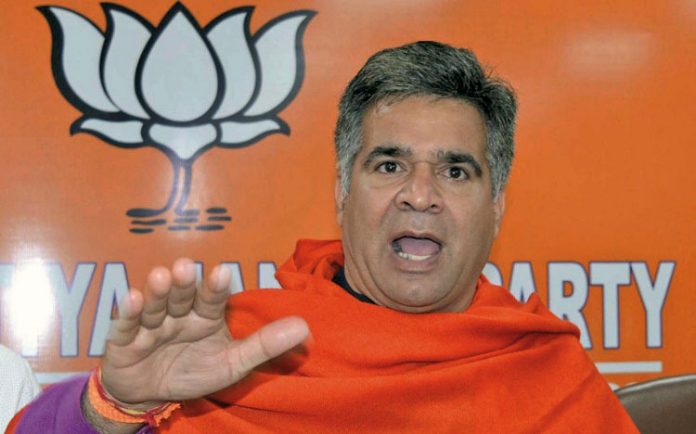 SRINAGAR — Jammu and Kashmir BJP chief Ravinder Raina today said that the BJP is fully prepared to fight the Assembly elections on its own after the completion of the delimitation exercise and will form the next government in the Union Territory (UT).

“We are fully prepared for the Assembly polls, after the completion of the ongoing delimitation exercise. BJP will fight the upcoming Assembly elections on its own strength. The next chief minister will be from our party,” Raina told reporters at the Shankaracharya temple in Srinagar on the occasion of nationwide programme by BJP.

The nationwide programme is being held at the four Dhams, 12 Jyotirlingas and 86 prominent temples, established all across the country by Shri Adi Shankaracharya.

Replying to a query that Pakistan denied air-space for the Srinagar-Sharjah flight, Raina said flights will still operate with the difference that there will be hour longer and ticket costlier journey.

“Refusing the permission to flight reflects the ill-mindset of Pakistan towards the development in Kashmir,” Raina added.